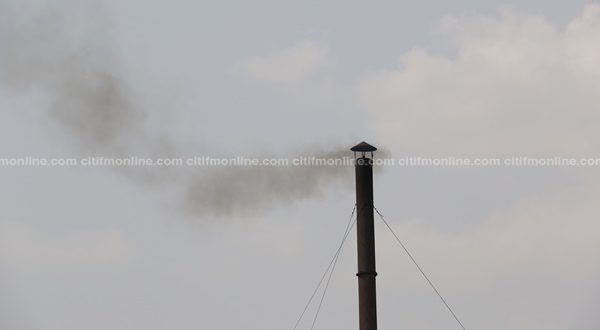 The Environmental Protection Agency [EPA], has ordered the shut down of the plastic processing unit of the Shinefeel Ghana Company Limited at Asutsuare in the Shai Osudoku District of the Greater Accra Region.

This was after a trip to the facility by a three-man team of the EPA from Accra.

After a site tour, the EPA team concluded that, the plastic unit plant was not observing standards. Furthermore, the EPA said the company had no permit to process plastics, and was thus to shut down till a permit is issued. “The fact of the matter is that, they are permitted to do the paper aspect of the operations. They may have been permitted for a plastic operation in Accra, but not for Asutsuare. On record, we don’t have that,” Executive Director in charge of Technical at the EPA, Ebenezer Sampong told Citi News.

Mr. Sampong indicated that, this was not the first time they were dealing with this issue as prior complaints had been made in relation to noise and the emissions.

But he added that “from our interaction with the teachers, it appears that the problem rests more with the plastic operations. So that is where we are going to focus our attention on.”

Mr. Sampong also noted that, the school is sited in an industrial enclave, which is problematic, though plans are in place to have the school moved from the area.

“That process has to be hastened to ensure that eventually the school is moved from where it is now,” he further remarked.

“In the immediate term, the plastic facility has to comply with the requirements of our law, that is, the environmental assessment regulations. Facilities like that need to go through an assessment process and obtain a permit. They started before that, and we are going to ask them to close that part of the operations and then comply with the requirements… It means that you need to convince us that the continuous operation of this facility will not cause environmental damage,” he explained.

Speaking to Citi News earlier, the Assembly Member of the area, Jonathan Kwabla, had said the Assembly was awaiting a report from the EPA before taking any action on the factory

In Citi News’ first reports on the precarious situation at Osudoku SHS, the Headmistress of the school, Sylvia Baaba Yankey, revealed that the students were affected by the smoke from the factories that when some students with health problems were taken to the hospital, doctors thought they were smokers.

“We experience the fumes on the compound every now and then, some of them who took ill were taken to the hospital. According to some of them, the doctor advised them to stop smoking, meanwhile they don’t smoke,” the Headmistress said.

According to her, the pollution from the company had worsened such that they had no option than to send the students home for health and safety reasons.

The head of the Agricultural Science Department of the school, Martin Fianoo, confirmed the respiratory problems among students and staff at the school because of pollution from the factory.

“The children have been having respiratory difficulties when they go to the hospital; the doctors accuse them of being smokers. Not only the students, the staff also. One assistant headmaster in charge of administration also suffered same.”

Due to this, the assistant Headmaster was transferred to another school because he could not work in such an environment because of the effect on his health.

“…Because of that, he was transferred to the Amasaman Senior High School. So it is affecting both staff and the students. The assistant headmaster had a health issue with his lungs and because of that it aggravated his breathing mechanism. He underwent a surgery. The health problem worsened because of factory’s fumes,” he added.

Amidu ‘too old’ to serve; Ayine sues at Supreme Court