Chris Koney appointed as Head of Comms for Commonwealth Africa 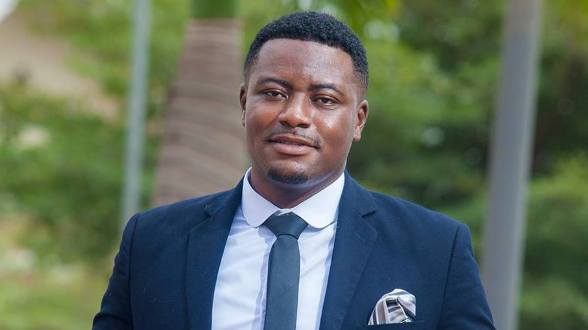 The Royal Commonwealth Society (RCS) Africa has appointed media and public relations (PR) strategist, Jonathan Christopher Koney as the Head of Communications of the Society, the oldest and largest civil society organisation devoted to promoting the Commonwealth values of democracy, good governance, rule of law, human rights, to name but a few.

Speaking at the RCS Africa head office in Accra, Ghana shortly after the appointment, the Regional Resident Coordinator/Representative Mr. John Apea, said that the addition of Mr. Koney to its vibrant team comes at an opportune time.

He indicated that 2018 marks the 150-year anniversary celebration of the formation of the RCS as a non-partisan and independent body, which is a commitment to improving the lives and prospects of Commonwealth citizens across the world. To this end, the appointment is a statement of the society’s intentions to kick it up a notch.

Mr. Apea added that by operating at the forefront of Commonwealth affairs, the society in years past has worked to develop youth programmes as its main focus. It has also built positive social, environmental and economic change, developed dialogue and partnerships with organisations for the well being and prosperity of individuals, as well as built on the shared values and aspirations that continue to unite citizens across the Commonwealth.

On his part, Mr. Koney praised the RCS Africa for being a focal point for the diplomatic community to promote dialogue around Commonwealth values. He emphasized that the opportunity to work with a diverse team to raise the profile of the Commonwealth and make it more relevant to today’s generation is his biggest motivation to join the team.

Chris Koney brings to the RCS Africa team a wealth of experience and an extensive range of skills and expertise. As a Marketing Communications, Public Relations, Media & Brand Strategist, he has made a tremendous impact in the last seven years within Ghana’s corporate communications space; working with two multinational companies.

He served as a Senior Media Officer at Charterhouse Productions before joining pan-African cable television company, MultiChoice Ghana (DStv and GOtv) as the Public Relations and Publicity Executive. He joined Groupe Nduom, a privately held business group with operations in Africa, Europe and America, as Awards Administrator and Public Relations Manager of the maiden edition of the People’s Celebrity Awards in 2015, then known as the GN Bank Awards.

Mr. Koney runs a column in the weekend edition of the Business and Financial Times newspaper titled “The Society and You”. He holds a Master of Arts (Public Relations) degree from the Ghana Institute of Journalism and a Bachelor of Arts degree from the University of Ghana.

I’m not in dire need of prosecutorial powers - Auditor General

I’m not in dire need of prosecutorial powers - Auditor General