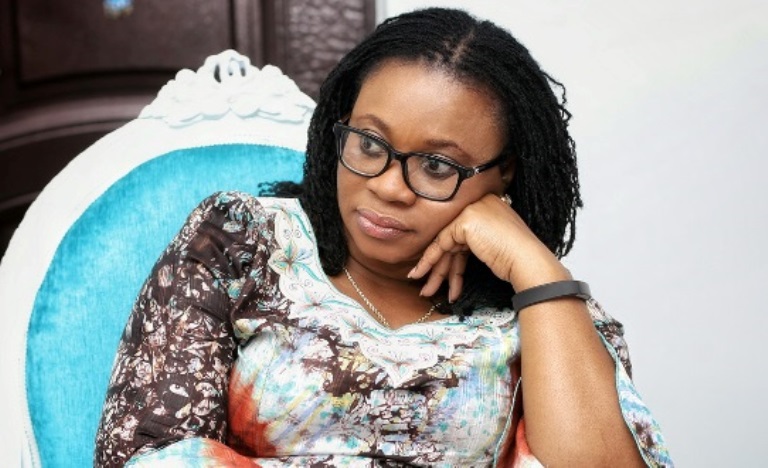 The meeting, according to Mr. Aggrey-Fynn, is to enable the members take decisions on the operations of the electoral management body.

The memo, which is referenced by a Daily Guide publication, and seen by Citi News suggests that Mr. Aggrey-Fynn in August 2017 similarly wrote demanding a meeting of the Commission but got no response from the Chairperson.

[contextly_sidebar id=”3gkbwB9yjAgOqNhY4jE4vFIezvy5nORo”]“I am by this memo demanding that you call a commission meeting immediately to enable the commission carry to carry out its function.”

Mr. Aggrey-Fynn indicated that “Failure to hear from by 23rd February, 2018 on my request will leave me with no option than to explore other options of compelling you to do so to enable me perform my constitutional mandate as a member of the commission.”

According to the Daily Guide publication, Mr. Aggrey-Fynn is dissatisfied that Madam Charlotte Osei is managing the electoral management body as though she were a sole Commissioner.

The Electoral Commission is currently engulfed in unending legal tussles many believe is hindering its daily operations.

Currently, a five-member committee presided over by Justice A.A Benin of the Supreme Court, is investigating the EC chair and her two deputies as prescribed under Article 146 of the 1992 Constitution.

The whole action was triggered by a petition sent to the presidency by lawyer Maxell Opoku-Agyemang who was acting on behalf of some unnamed staff of the commission who were seeking to trigger impeachment proceedings against Charlotte Osei.

A litany of allegations leveled against Charolotte Osei including spending GHc3.9 million to partition an office, receipt of a bullet-proof Toyota Land Cruiser from the previous government, spending about $14 million for district offices when the Public Procurement Authority  (PPA) had authorized her to use only $7.5 million as well as attending Cabinet meetings under President John Mahama’s administration, among others.

Already some executives of Commission including Deputy Chairperson of EC in charge of Corporate Services, Georgina Opoku Amankwah, have been on leave to enable the Economic and Organised Crime Office [EOCO] investigate the commission in relation to some missing sums of money in the Commission’s Endowment Fund.

Madam Opoku Amankwah and two others were directed to proceed on leave in July 2017, to enable investigations into the GHc480, 000 believed to have gone missing from the EC’s Senior Staff Endowment Fund.

The Deputy EC Chair forcibly resumed duty in January 2018, a move which compelled officials of EOCO storm the premises of the commission.

She and her lawyer however gave EOCO a 14-day ultimatum to enable crime office compile its report.

The Minority in Parliament has also accused the Akufo-Addo government of using the EOCO as a conduit to torment the Deputy Chairperson of the Electoral Commission in charge of Corporate Services, Georgina Opoku Amankwah, in a bid to get her out of office.

According to them, EOCO is hounding Madam Amankwah to give way for government to replace her with a member of the New Patriotic Party.