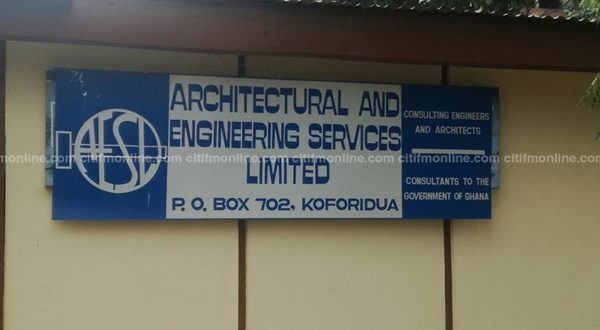 Workers of the Architectural and Engineering Services Limited (AESL) in the Volta Region are on a sit-down strike to protest government’s delay in paying their salary arrears for the past seven months.

The workers, who also accuse government of stifling the company by giving most contracts to private consultants, have threatened to lock the office and protest on the street.

The Union Chairman at Ho, Joefrey Amegashie, said workers will embark on a full-blown strike effective Monday if their arrears are not settled.

Threats by employees at the Volta Regional AESL branch, follow similar ones by their counterparts in the Eastern and Upper West regions, who also threatened to lay down their tools in protest of the non payment of their salaries.

At a press briefing held last week, AESL employees in the Upper West Region said the government had not paid them for the past seven months.

Their leader, Naa Aziz Bukari, expressed grave worry about the situation, saying it was affecting their productivity since most of them are unable to meet their family obligations.

He therefore asked government to immediately pay them or they will have no other choice than to “advise” themselves.

Their counterparts in the Eastern Region, have actually carried out their threat, and are currently on strike.

Their spokesperson, Kingsley Aboagye, said majority of his colleagues are being ejected from their homes by their landlords due to their indebtedness.

“The problem with our institution is payment of salaries. The last time we received salaries was in July last year [2017], and ever since that time, it hasn’t been easy for us because the company is in arrears for 7 months with this month [February] inclusive. We really do not know what the problem is, but we believe it is because we do not have a governing board and an M.D. in place now.”

“Management is supposed to facilitate the payments of workers, but as at now, we simply do not know what they are doing. There are over 25 workers here and most of us are being forced out of our homes by our landlords just because we have not been able to renew our expired rent agreements.”

AESL was established as an agency of the Ministry to provide Consultancy Services in Engineering and Architecture to Government departments, Organizations, Para-statal Organizations, Commercial houses as well as individuals.

The Agency also undertakes the survey and design of bridges, irrigation works, water supplies, sewerage systems, soils and foundation studies, as well as the testing of construction materials and the valuation and appraisal of properties. The Company is represented in all the 10 regions of the country.

It also supervises Civil and other related projects, and provides quality control services to Contractors, Designers, and other consulting Engineers through its Geo-Technical Laboratories.