I’m not about status; I turned down Supreme Court job – Amidu 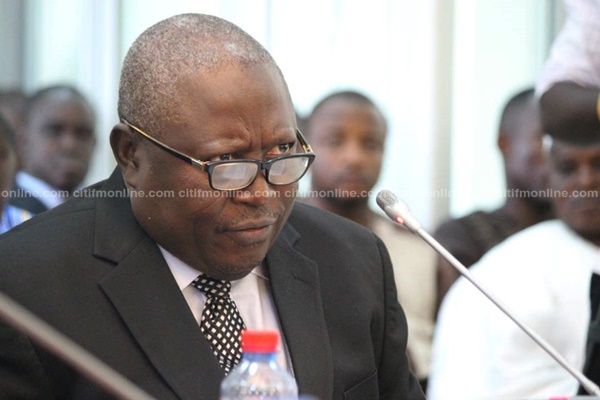 For Martin Amidu, accepting the nomination to be the country’s first Special Prosecutor, is not about attaining a high status, but about continuing his mission to rid Ghana of corruption.

In his opening statement, during his vetting, Mr. Amidu recalled that, he even turned down an invitation to the Supreme Court in 1999.

Attempts by the likes of Justice William Atuguba and former Speaker of Parliament, Justice Bamford Addo, to convince him to accept the job, were unsuccessful after the nomination by then-Chief Justice, Isaac Kobina Abban.

“This is to demonstrate that my acceptance of position of Special Prosecutor is not because of the status, but because of the high ideals attached to making sure the ordinary people of this country can have the benefit of the resources of this country by stopping the leakages and seepages that have gone on since the coming to force of the 1992 constitution,” he told the Appointments Committee of Parliament.”

Mr. Amidu stressed that, his standing as a former Chairman of the House of the Consultative Assembly for the drafting of the Constitution would not allow him to sit idle while corruption festered in the state.

“It is important as the Chairman of the House Committee of the Consultative Assembly who took no mean a part in the drafting of the 1992 constitution, to defend it and ensure that it is not abrogated by preventing anybody or group of persons, pursuant to Article (3) thereof, who seek to encourage the abrogation of the constitution by perpetuating the rape of the national purse.”

Following his departure from government in 2012, he said he decided “to the defence of the constitution” and the upholding of its ideals and values.

Having lived through five successful coups in Ghana, Mr. Amidu also noted that, one of the major reasons given by instigators was to eradicate corruption.

Thus he said, it was important that the “country is stabilized; it is important that nobody makes excuses to make a coup. The only way we can do that is to protect the national purse and give people who want to use that as an excuse not to have grounds.”

Past critique of the Special Prosecutor position

He also argued that, whoever was appointed as the Special Public Prosecutor did not need parliamentary approval.

The National Democratic Congress (NDC) subsequently criticized Mr. Amidu for what it called the neglect of his own principles by accepting the nomination.

But, Mr. Amidu, giving some clarity on his criticism of the position and eventual acceptance, said the office was still equipped to fight corruption in Ghana.

“When I read it, I agreed with the President that whatever wrong there is with the law, the fight against corruption was more important to protect the constitution and you don’t just throw away the dirty water along with the baby so I agreed having read the law.”

‘You can disqualify me if’ … – Amidu to Appointments C’ttee

'You can disqualify me if' … - Amidu to Appointments C’ttee