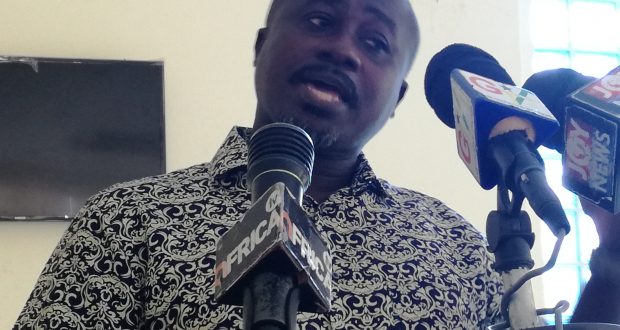 Head of Communications at the Food and Drugs Authority (FDA), James Lartey

The Head of Communications at the Food and Drugs Authority [FDA], James Lartey, has expressed concern about the negative effects of advertisement of alcoholic beverages on children, who are now craving for such products.

According to him, the situation where very young children have messages on alcoholic products deeply printed on their minds is worrying.

Mr. Lartey said the FDA’s recent directive to have adverts on such beverages on the airwaves done only after 8:00pm, was basically to protect children.

He however said some media houses are not cooperating with the FDA in that regard.

He expressed these concerns at Cape Coast on Friday, during an interactive engagement with media houses in the Central Region.

“I remember I was on TV talking on this subject when a lady called into the show, and according to the lady, she has a three-year-old girl, and this girl can wake up in the morning and cry she wants a particular alcoholic beverage because of the advert. We know the effects of advertisements; if at the age of three a product is suggested to the mind of a child, when the child grows up, at a particular age, this child would like to explore what’s in that product, and that’s where it starts”.

He further made reference to another six-year-old boy who asked the father to buy him that same alcoholic beverage because he has seen it advertised on TV.

The Head of Cosmetics and Household Chemical Substances at the FDA, Emmanuel Nkrumah, also warned against the use of bleaching creams, tablets and pills, as well as injections for skin lightening, saying this increasing practice exposes people to all kinds of diseases.

Mr. Nkrumah further warned against the use of cement for bleaching the skin, saying, “Cement is used for building; it is not something meant for the skin. What we should also know is that no cosmetic product can come in the form of an injectable. Anything that goes intravenous or intra-muscular ceases to be cosmetic”.