Lord Kenya wants me to be a pastor – Kwaw Kese 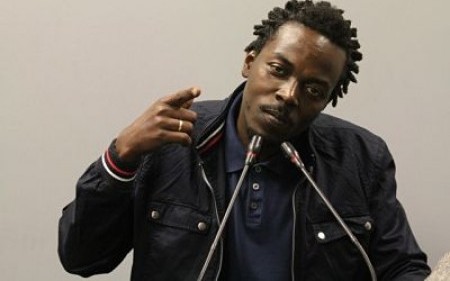 Despite admonition by Lord Kenya that he should consider doing the work of God as minister of the gospel, Kwaw Kese believes he is not ready for such task.

The hiplife artiste, originally known as Emmanuel Botchwey, has disclosed to Sokoo Hemaa of Rainbow Radio that Philip Akpor Kenya aka Lord Kenya, who gained much prominence in the hiplife industry some years ago, wants him to follow his footsteps to the Lord’s vineyard.

He said in the interview that even though Lord Kenya was his inspiration when growing up as an artiste, he later became his best friend.

He added that while in prison for smoking marijuana in public, the hiplife musician-turned man of God visited him.

“We became paddies. When I was in prison, Lord Kenya came there. Just that he wants me to become a man of God but I am not ready. I have not received the calling from God to do his work,” he said.

However, he hinted that, if he receives the calling from God, he won’t hesitate to do his work.

“I cannot disobey the voice of God when he calls,’’ he noted.

He also added that he would not like to fake being a man of God. According to him most of the pastors who attend bible school do not have the calling from God – so he would not force himself to be one.

‘’It should be a natural call. I would be extremely happy if God calls me to work for him. God is supreme and bigger than my music so when he calls, I will not hesitate to obey him,’’ he told Sokoo Hemaa.

Evangelist Lord Kenya who is the leader of Lord Kenya Ministry at Ahodwo in Kumasi, ‘ditched’ secular music for the work of God in 2010.