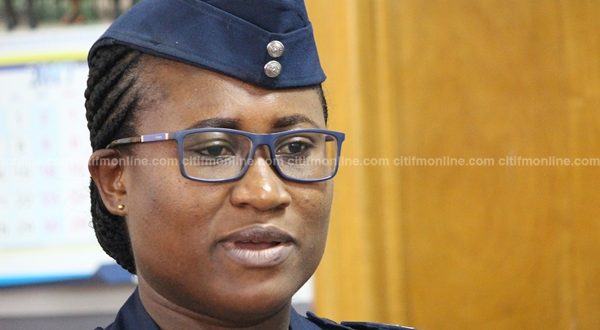 One person was arrested on Monday for attacking a mobile money merchant at Madina, a suburb of Accra.

The other suspect involved in the attack is however on the run.

The Public Relations Officer of the Accra Regional Police Command, ASP Afia Tenge, told Citi News the two were on an unregistered motorbike when they carried out the attack.

“This [Monday] afternoon, between the hours 1.30 and 2, some two armed men on an unregistered motorbike attacked a mobile money vendor at Madina…They managed to rob the mobile money vendor but unfortunately one of them was overpowered, the other one managed to escape but the suspect we currently have in our custody was not able to escape. He was overpowered by residents in the community. The other one who is also on the run is also being searched for,” said ASP Tenge.

There have been a series of attacks on mobile money merchants in the country.

The most recent one resulted in the killing of a 31-year old operator at Kronom-Kyeraasi in the Afigya Kwabre District of the Ashanti Region.

In the wake of these attacks, mobile money merchants and businesses have been cautioned by the Police, to be wary of criminals who are targeting their businesses.

They have subsequently appealed for security following attacks on some agents.

The Accra Regional Police Commander, DCOP George Alex Mensah, had earlier stated that it was impossible for his outfit to provide adequate security for every mobile money business in the capital Accra, due to what he described as the alarming rise in the number of operators.

He had stated that it will be difficult for the Police Service, with its limited numbers to protect all the mobile money points across the country.

“They spring out at any corner and these armed robbers are just making meat out of them so it is a worry for the Police Service… We have scheduled a meeting with the telecom if we can discuss how best we can at least make sure anybody who is going to set up this money business will have a secure environment. Some of these are even operating on bicycles and these are easy prey for armed robbers,” he added.