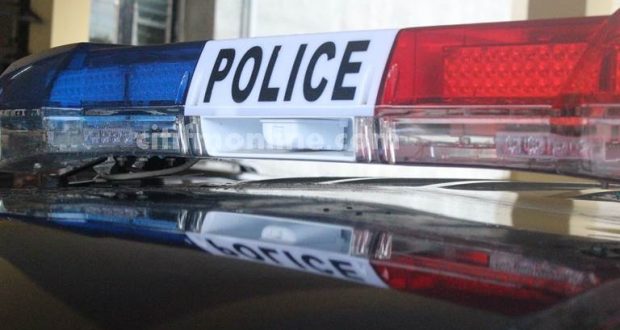 The government has revealed that the money saved from renegotiating the contract for the purchase of some cars for use by the Presidency under the previous administration, was used to procure a hundred cars for the Police Service.

The Information Minister, Mustapha Hamid, stated that with the risk of a judgement debt hanging over its head, government renegotiated with Amalgamated Securities Limited, purchasing only 34 of the initially agreed 43 cars, saving about three hundred thousand dollars in the process.

He stated that the remainder was used to purchase 100 Toyota Corollas for the Police Service.

“Government has however made sure to obtain maximum gain for the public purse and also for ensuring the security of the state.We have reduced the number of vehicles ordered from 43 to 34, which is nine short of the original number. In place of the nine, we have acquired 100 Toyota Corolla cars for use by the Police Service in line with our commitment to retool the Police Service to enable them play effectively, their role of protecting the Ghanaian people.We have done all this with a total amount of US$ 8.8 million,” the Information Minister said at a press conference on Tuesday.

The deal for the purchase of the cars, according to Mr. Hamid, which was signed with Amalgamated Securities Limited could not be abrogated, hence the decision to accept the cars.

“Government is bound by the terms of the contract signed with Amalgamated Securities Limited. Abrogating the contract may incur significant liabilities for the government,” he added. Mustapha Hamid stated that, government had made significant savings from renegotiating other deals brokered by the previous administration.

According to him, 5.4 billion cedis of legacy debts have been found by the State Auditor to be dodgy.

“It is in this same spirit that the Finance Minister asked the Auditor General to audit the financial liabilities that had been bequeathed to us, and which has revealed that some 5.4 billion cedis of legacy debts are dodgy.”

Citi News had reported that Government over the weekend took delivery of 34 cars for the presidency, ten of which have bullet resistant exterior.

The contract for the presidential fleet was awarded by the John Mahama administration barely a week before they left office.

The original number of cars ordered was 43. The New Patriotic Party administration, which had attempted to cancel the entire contract but failed due to certain clauses in the contract, managed to reduce the number to 34.

Back in June 2017, some NDC officials accused the NPP administration of playing double-standards, after news about the presidential fleet emerged, despite an order by President Nana Akufo-Addo, halting the purchase of new vehicles.

The government then explained that it could not be blamed for the presidential fleet because the order had already been placed by John Dramani Mahama administration before they exited office after the elections in 2016.

Former NDC appointees including Dr. Clement Apaak, who worked at the presidency, suggested that the cars were ordered upon the request of the NPP government during the transition period, a claim the government vehemently denied.

Dr. Apaak noted that, the Mahama administration agreed to the request by Nana Akufo-Addo’s side of the transition team because they had raised concerns about the incoming President’s security.

While the parties argued over the matter, Citi News sighted a letter signed by the then Chief of Staff, Julius Debrah, authorizing the purchase.

This letter was signed two days before then-President; John Mahama, inaugurated the Presidential transition team, which he co-chaired with then President-elect, Nana Akufo Addo.

This revelation contradicted the NDC’s claims that the NPP made the request during the transition period.

Earlier documents sighted by Citi News revealed that, the contract for the new cars for the Presidency was specifically awarded by the Mahama government on the 3rd of January, 2017, to Amalgamated Security Services LTD.

The two-paragraph letter authorizing the purchase was dated December 9, 2016, whereas the transition team was officially inaugurated on December 11, 2016.

The letter noted that, the deal was authorized by the outgoing Finance Minister, Seth Terkper, to take note of the decision to purchase the 43 vehicles “for necessary action accordingly.”

The letter also clearly stated that, the outgoing government had “decided to acquire some vehicles for the incoming administration”.