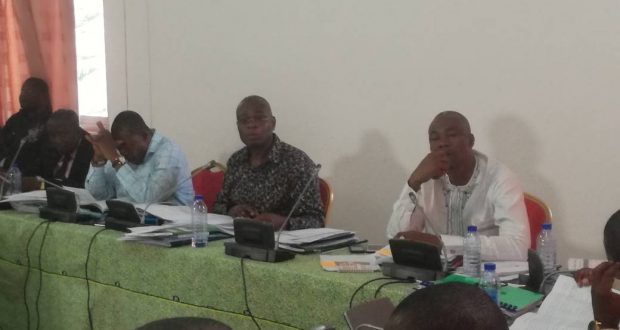 What appears to be the blatant flouting of the country’s financial regulations by managers of various state institutions has incurred the wrath of the Public Accounts Committee (PAC) of Parliament.

The PAC, which is chaired by Deputy Minority Leader, James Klutse Avedzie, is sitting in Tamale reviewing the Auditor General’s 2015/2016 report of public institutions.

Authorities of all public institutions in the three regions of the north are expected to appear at the Committee’s one-week sittings. According to him the Auditor General’s previous reports revealed how some state institutions’ internally generated funds and government subventions were misused.

“Public officers who are spending money or advising heads of departments to part with money meant for the people of this country must be guided by the various regulations.”

The Member of Parliament for the Bunkprugu constituency, Solomon Boar, called for the forensic audit of abandoned GETFund sponsored projects at the Tamale Technical University (TaTU).

“The GETFund projects at the TaTU have consistently been captured in the annual Auditor General’s report since 2012, but nothing seems to be done about the completion of the said projects,” he lamented.

“I believe that the projects which were started ten years ago, would have given the university and its entire structure a major face-lift if they had all been completed on schedule by now. The failure to complete the projects on schedule by the contractors has caused a lot of public concern.”

The interim Vice Chancellor of the TaTU, Professor Abdulai Salifu Asuro, explained that there were five different GETFund sponsored projects at various levels of completion at the university.

These projects, he said are, “The Vice Chancellor’s Residence, Girls Hostel, Library and two other edifices.”

Professor Asuro defended the contractors saying, “I think that the contractors could not be entirely responsible for the delay, and lack of funds could be a major factor.”

The Member of Parliament for Builsa South Constituency, Dr. Clement Apaak, expressed disquiet about authorities of the Nandom District Assembly’s decision to operate a bank account in faraway Wa Township.

“In this day and age it should be possible for the Nandom District Assembly and for that matter all Metropolitan, Municipal and District Assemblies in Ghana to operate bank accounts in their respective jurisdictions.”

He insisted that, “MMDAs should have an option of opening bank accounts closer to them as it enables them to bring closer their activities to the people whom they are serving.”

“Mr Chairman, I think that the Assembly has to look at the option of establishing an account in a bank in Nandom whether it is rural or not. Because as a district, I believe that it is time that you bring your activities closer home. I must say I am a bit disappointed that today we have Nandom District Assembly still saving or having accounts in Wa.”

Appearing before the Committee, authorities of the Wa East District Assembly failed to explain why the Assembly recorded completely zero revenue in the 2014 fiscal year, clearly captured in the Auditor General’s report.

A member of the Committee and MP for Komenda Edina Eguafo Abrem, Samuel Atta Mills, accused some civil servants of being corrupt than politicians as it is widely perceived.

“Whenever we read about corruption, the first people they look at are we the Parliamentarians. Now the public should know that when we talk about corruption we’re talking about civil servants, not the politicians.”

The PAC is expected to end its sittings in the Northern Sector by the close of Friday February 16, 2018, and move to the Brong Ahafo Region.