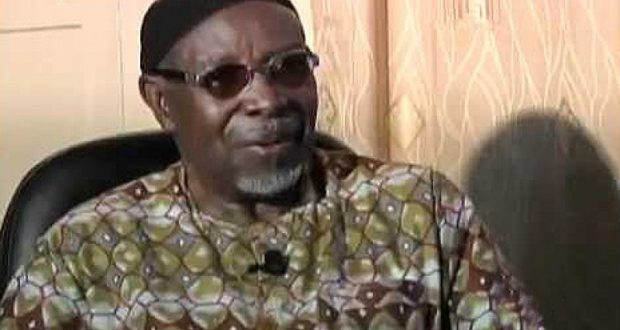 A former head of the Narcotics Control Board [NACOB], K.B Quantson, has said that society is partly responsible for the high level of corruption in the Ghana Police Service.

The Ghana Police Service has often ranked top of corruption perception lists in the country, with many Ghanaians often expressing their belief that police officers are corrupt.

However, speaking on Point Blank on Eyewitness News, Mr. Quantson believes that the public cannot be completely absolved of blame in the perception of corruption within the Police Service.

According to him, citizens create an enabling environment for police officers to be corrupt by continuously offering bribes to them whenever they commit crimes.

“Who polices the police? It’s the people. So, if the people have wrong attitudes, how are they going to police the police to make them efficient and competent. Often, when I hear that the police are corrupt, I laugh. The police can only be corrupt in a corrupt environment. If the society isn’t corrupt there’s no way the Police can be corrupt. I’m not saying the Police aren’t corrupt but who gives them the [bribes]?” he asked.

“There’s a question of attitudes; if the attitude is wrong on the part of the citizens, the police will get it wrong as well. Elsewhere in the world, if the Police stop you and ask for your license, your first reaction is not to put money in the wallet and give it to the police. The public is part of part of the corruptible system and it’s not just the police, customs, immigration; wherever services are rendered and people haven’t got the right attitudes of resisting criminalities, they become the pushers.”

He added that Ghanaians who give bribes to the police to escape punishment for even the minor offences have no moral right to complain about corruption within the police service when they continue to perpetuate the crimes.

“If the public is policing the police and exposing corruption in the system, they will be inconvenienced. The public attitude must be paramount not to enhance corruption and the Police will abide. If you give in meekly, they will be emboldened to frustrate you.”

The prevalence of corruption in the country has come under the spotlight in recent days following the release of the Corruption Perception Index which indicated that Ghana had dropped 11 places from he 2016 ranking to place 81 out of 180 countries in the 2017 report.

The Index, put together by Transparency International ranks countries annually by their perceived levels of corruption as determined by expert assessments and opinion surveys.
Ghana’s mark out of a total of hundred was 40 down from 43, which the country attained in the last index.

Mr. Quatson also attributed the failure to completely root out corruption in the Ghanaian society to the attitudes of the general populace to criminality.

According to him, corruption can only persist if there’s unwillingness from the people within the society to address criminality within their communities.

He stated that despite the number of successes that have been chalked in the fight against corruption, completely eradicating it from the society requires a change in the mindsets of Ghanaians towards criminality.

“Some progress has been achieved but there’s still a lot to be done. It’s rooted in the attitudes of the people towards crime. If the people’s attitudes are wrong about crime and they think that criminality pays, no matter what you do they won’t love you. The best scenario is when you have majority of the people in the country being law-abiding, that way there’ll be a small number who aren’t law-abiding so the law enforcement agencies can deal with them,” he said on Eyewitness News.

“When majority of people are involved in criminality, there’s a problem for law enforcement. The crucial help you should get from the people doesn’t come. Fighting criminality is a question of intelligence and that comes from people. So, if the people’s attitudes are wrong about criminality, you won’t get the information you require.”