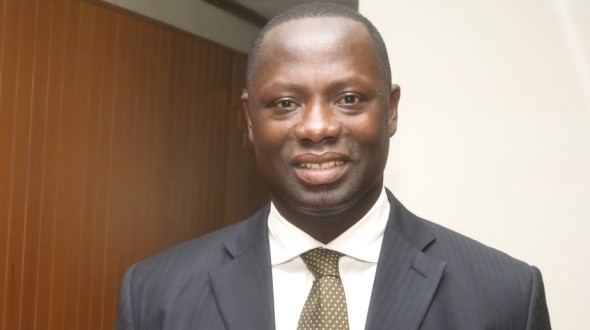 Former Minister of Energy and Petroleum, Emmanuel Armah Kofi Buah, wants the government to immediately scrap the Special Petroleum tax to bring relief to Ghanaians who buy fuel at the pumps.

According to the former Minister, the special tax has long outlived its usefulness and must be removed.

Mr. Buah contends that, the tax was introduced in 2015 to shore up the country’s revenue when the price of crude tumbled drastically on the world market.

Speaking to Citi News, the Ellembelle MP said the tax must be scrapped to reduce fuel prices.

“If you buy a gallon of petrol, you are paying 2.39 pesewas in a special petroleum tax. You can do the Math; it is a huge burden on Ghanaians. The time has come for government to listen to the pain of Ghanaians and scrap the Special Petroleum tax and the reason I am calling for that is because its purpose has been achieved.”

His call follows a protest by the Chamber of Petroleum Consumers (COPEC), and the Industrial and Commercial Workers Union (ICU), against the price increase of petroleum products.

Currently, a litre of both petrol and diesel goes for GHc4.62 at some major fuel stations.

This is despite assurances from the NPA that prices will remain fairly stable at the pumps.

The NPP government while in opposition, also promised to scrap some taxes on petroleum taxes it described as “nuisance” taxes.

There has thus been pressure on the NPP government to honour its promises after it reviewed only a few of the taxes instead of scrapping them completely. Some commercial drivers and consumers of petroleum products took part in a demonstration organized by the Chamber of Petroleum Consumers (COPEC) in collaboration with the Industrial and Commercial Workers Union (ICU) in Accra on Wednesday, to protest the continuous increment.

The demonstration was to force the government to reduce taxes on petroleum products.

The Chief Executive Officer of the National Petroleum Authority (NPA), Hassan Tampuli, has however indicated that, government cannot scrap or review taxes on petroleum products downward any further.

According to him, the taxes have been incorporated into government’s revenue projections for the year and any attempt to scrap any of them could spell doom for the current revenue structure.

Speaking on the Citi Breakfast Show on Wednesday, Mr. Tampuli said government is putting in place measures to alleviate the plight of petroleum consumers.

“You would agree with me that, government has some obligations, and these obligations are based on the projected revenue and the revenues that we have accrued. These revenues include the price stabilization and recovery levy. Now that lots of revenue for the government.”

“If you are saying that we should remove completely the Special Petroleum Tax, price stabilization levy among others, then you are just asking for the collapse of the revenue as far as government projections are concerned. What government is doing is in a way responding to the needs and concerns of the Ghanaian people by reducing the price figure by 3%,” he added.