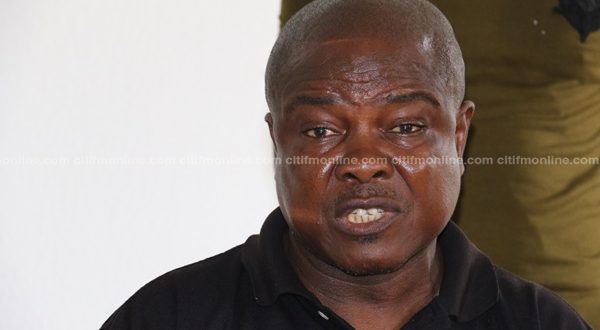 Shinefeel Ghana Company Limited at Asutsuare in the Shai Osudoku District, has said it will comply with the Environmental Protection Agency’s (EPA) directive to shut down its plastic processing unit.

The factory’s manager, John Dziwornu, told Citi News, “as a responsible organization, we operate within the law so we’ll act on it [the EPA directive].”

After a trip to the facility by a three-man EPA team, it was concluded that the plastic unit of the plant was not observing the agency’s standards.

This was after the Osudoku SHS closed down due to the emissions from the factory, now confirmed as harmful.

The EPA said the Shinefeel had no permit to process plastics in the Asutsuare area, and must shut down till a permit is issued.

Despite having been operating without a permit, Mr. Dziwornu insisted that, the factory was not trying to cheat the system.

He instead said his outfit was operating for the betterment of the society by, among other things, providing jobs.

“We are providing jobs for people. The government wants every district to have a factory and we are creating jobs. If you look at the value chain, it is quite huge and the amount of money that it takes to bring all these things around the value chain.”

On the EPA’s urge to fast-track the possible relocation of the school, Mr. Dziwornu said that was up to the Ghana Education Service.

“It is a decision by the Ghana Education Service because the government has to provide them with accommodation and other things. We as a company with corporate social responsibility will continue to support any initiative that will spur the development of the school,” he said.

In Citi News’ first reports on the situation at Osudoku SHS, the Headmistress of the school, Sylvia Baaba Yankey, revealed that the students were affected by the smoke from the factories that when some students with health problems were taken to the hospital, doctors thought they were smokers.

“We experience the fumes on the compound every now and then, some of them who took ill were taken to the hospital. According to some of them, the doctor advised them to stop smoking, meanwhile they don’t smoke,” the Headmistress said.

According to her, the pollution from the company had worsened such that they had no option than to send the students home for health and safety reasons.

The head of the Agricultural Science Department of the school, Martin Fianoo, confirmed the respiratory problems among students and staff at the school because of pollution from the factory.

“The children have been having respiratory difficulties when they go to the hospital; the doctors accuse them of being smokers. Not only the students, the staff also. One assistant headmaster in charge of administration also suffered same.”

Due to this, the assistant Headmaster was transferred to another school because he could not work in such an environment because of the effect on his health.

Suit against Amidu’s SP nomination not out of fear – Ayine