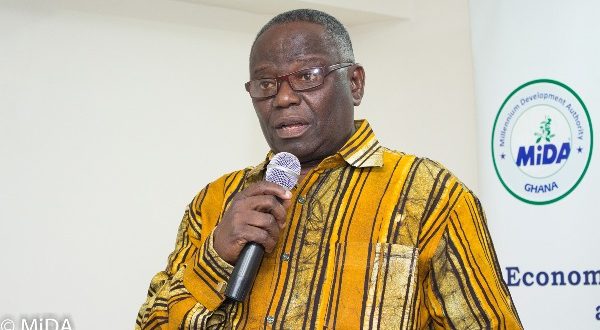 The Millennium Development Authority [MiDA], has confirmed receipt of letters from the consortium bidding for the ECG Concession arrangement, protesting the 51% mandatory Ghanaian ownership.

The companies, French electricity conglomerate, EDF, and transnational Veolia, together with their local partner, CH Group, say the limitations will affect their finances and restrict any enforcement of the rights of lenders.

[contextly_sidebar id=”pocK5VTDf33wPnEhpjBDYJCwQYztSZgP”]However MiDA, in a release said it will work in the interest of the country.

“MiDA confirms that it has received such a letter on the bidders’ concern about the government of Ghana’s policy to have 51% Ghanaian ownership in the structure of the concession. MiDA wishes to assure all Ghanaians that it is managing the transaction on behalf of the government of Ghana and would ensure that the transaction is managed for the benefit of the people of Ghana,” the release indicated.

The General Secretary of PUWU, Michael Adumatta Nyantakyi in an interview with Citi News indicated that though the concession is not the best option, it will be more prudent for majority to be in hands of Ghanaians than foreigners.

President Nana Addo in 2017 announced that Ghana had renegotiated the deal to control 51 percent of the Power Compact II with the Millennium Challenge Corporation(MCC).

Under the Power Compact, six projects will be implemented to address the the root causes of the unavailability and unreliability of power in Ghana

The rest are Power Generation Sector Improvement Project and Energy Efficiency, and Demand Side Management Project,.

Ghana signed the Power Compact with the United States of America acting through the Millennium Challenge Corporation (MCC), an independent United States government agency, on the sidelines of the US Africa Leaders’ Summit in Washington DC on August 5, 2014.

The Compact is being implemented by the Government of Ghana through the Millennium Development Authority (MiDA).