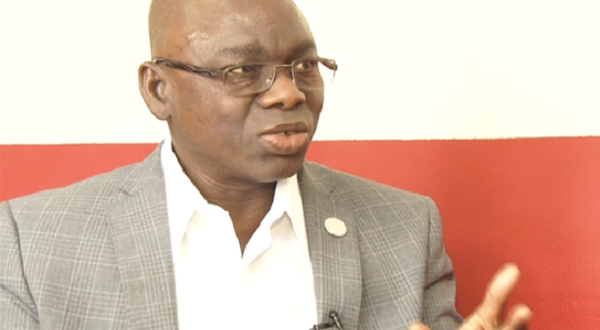 Ghana’s representative on the AU’s advisory board and anti-corruption campaigner,Daniel Batidam

Ghana’s representative on the AU’s advisory board and anti-corruption campaigner, Daniel Batidam, has said Ghana’s drop in the 2017 Global Corruption Perception Index is symptomatic of weak systems put in place to fight the canker.

The absence of adequate structures has prevented Ghana from sustaining any gains in the fight against corruption, he said on Eyewitness News.

[contextly_sidebar id=”e86XxYZLtUpTfkHA4TawbsqVJc6T8rxN”]”Whilst we have been making steady progress in our fight against corruption, it appears we have not gotten the right structural and systemic issues in place to prevent this kind of decline because we take three steps, then after a while we take four or five steps backwards… It [the ranking] tells us that we haven’t gotten to where we want to be as far as corruption is concerned.”

The report, put together by Transparency International, ranks countries annually by their perceived levels of corruption, as determined by expert assessments and opinion surveys.

Mr. Batidam also expressed worry with the fact that this drop occurred in the first year of a new government after a transition between two political parties.

“When a new government comes into place, the first two years normally witnesses a steady or stable score or an improvement,” he observed.

Ghana maintained its score of 39 from the previous year following the last transition from the National Democratic Congress to the New Patriotic Party in 2009.

There was however a slight decline from the 35 score in 2001 after a similar transition.

Mr. Batidam noted further that “this time around, we are witnessing a decline and the decline is quite significant because it is by three points and I think that is what some of us are getting worried about. Because our electoral politics has been around the issue of corruption, we always expect some immediate improvement and I think that is what is different about the current situation; that we have not only witnessed a decline but a decline by three points during the period we normally refer to as the window of opportunity for reform, and I think for that all of us should be worried.”

The government has explained that Ghana’s poor performance in the 2017 Global Corruption Perception Index also took into account corruption cases recorded under the John Mahama administration, which left power in January 2017.

The government’s Spokesperson on Governance and Legal Affairs, Herbert Krapa, explained that the report was not an indication that the current New Patriotic Party [NPP] government was corrupt.