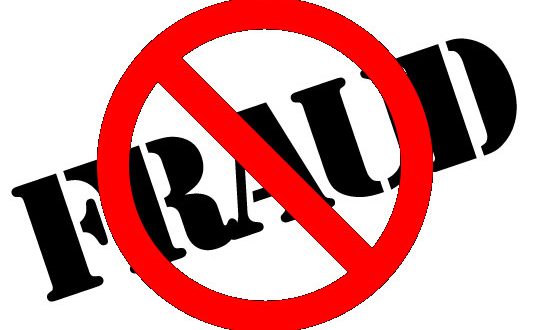 10 Nigerian nationals have been arrested by the Madina Divisional Police Command for suspected cyber fraud.

Assistant Commissioner of Police (ACP) Charles Domanban, the Madina Divisional Police Commander, who disclosed this in an interview with Ghana News Agency, said the suspects were arrested at Ashongman.

ACP Domanban said at 1400 hours on March 21, 2018, the Kwabenya Police Patrol team, trailed a taxicab whose occupants appeared suspicious to them to Oforikrom, a suburb of Ashongman Estates.

He said the team followed the taxi to an a-four-bedroom house and on their arrival, other tenants attempted to escape, ‘but they were all quickly rounded up.’

They noted that they were Nigerians numbering 10. The team, therefore, requested for reinforcement and the Kwabenya District Commander led “Combat 9” to the scene.

The patrol team intercepted nine laptop computers, six internet modems, five mobile phones and fifty-four SIM cards which they use for their activities.

ACP Domanban said the case had been referred to the Cyber Crime Unit at the Police Headquarters for further investigation.

In another development, the Madina Police Divisional Commander said 24 suspected drug peddlers were arrested on March 15, at about 11:30hours, when the Kwabenya District Command and “Brovo Lion One” team in a joint operation, carried out a swoop at a drinking spot near the Taifa Polyclinic at Taifa Burkina.

He said a substance suspected to be Hashish in a small container was found in an abandoned kiosk nearby, but nobody claimed ownership of the substance.

The suspects have been detained at Taifa Police Station for screening.

In a similar exercise at Dome Cemetery, the team arrested four other suspects who were later conveyed to the Police CID Headquarters for further investigations.

I’ve not been charged – Anyidoho insists

Tiger Woods calls himself ‘a walking miracle’ before Masters appearance

Tiger Woods calls himself 'a walking miracle' before Masters appearance