10 Ways to quickly recognize a pick up artist 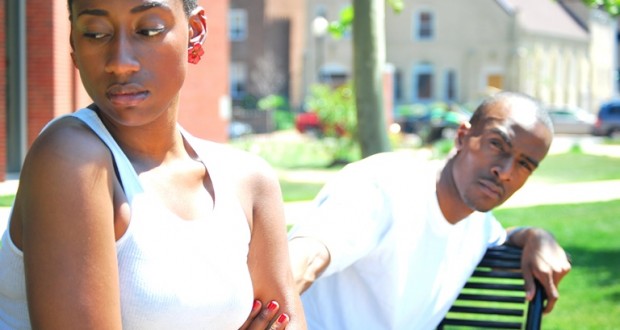 We’ve all been on a night out and had some success. We’ve met a guy, got along well with him, swapped numbers and perhaps even dated him for a bit afterwards. Some girls have even gone onto marrying a guy they met in a club. However, there are also stories of girls meeting the most charming man ever who, sadly, never called back after a night out together. This is quite strange because he seemed so nice, warm, genuine and into us. In all likelihood, he was a pickup artist. In other words, he was a man who essentially picks women up as a hobby. These guys go out at night with the intention of seducing a woman for one night only, and they tweak their techniques to improve their chances each time. Don’t fancy being the victim of a pickup artist? Let’s take a look at 10 ways to quickly recognise one.

He doesn’t have much time

“Hey, I really don’t have much time but if I could just ask you one question …” Pickup artists like to claim they’re short on time. Perhaps a friend is waiting for them or they’ve gotta head off for whatever reason. Whatever is the case, the pickup artist will make sure you know that they won’t be hanging around for long. Why? Primarily to put you at ease. The pickup artist doesn’t want to seem intrusive, and he doesn’t want you to think he’s going to be sticking around forever. He wants to make sure you know he’s not going to take up all your time and that once he’s done asking his question, he’s going to pop off. If you want him to pop off, of course. If you don’t, he won’t be shy about hanging out with you for longer.

Pickup artists don’t want you to know they’re full-on hitting on you. Instead, they’re a bit more artful than that. As such, instead of coming straight out with a compliment, they’ll play it cool by offering a backhanded compliment. This is known as a “neg” to pickup artists. Its intention? To feign disinterest. They don’t want you to know you’re being hit on, so they’ll come out with a neg in order to keep you grounded and raise your interest. After all, perhaps you want to be hit on and the neg is going to make you a tad frustrated. As such, you might stick around to see if you can impress this guy. An example of a backhanded compliment? “Hey nice dress, I’ve seen a few girls wearing that one tonight.”

Not all men who are confident are pickup artists, but pickup artists take confidence to the next level. They even make it an art form! If a man is insanely confident, you have to question if something is up here. Have you got a pickup artist on your hands? There’s a good chance that you have, especially if he literally never wavers, hesitates or shows any sign of nerves. The reality is that he’s practiced this over and over again.

He’ll touch you a lot

He’ll ignore you at first

You’re hot and you know you’re hot, so why is the pickup artist neglecting you and talking to your friends instead? Firstly, he wants to appear as safe and easygoing as possible, and being able to chill and relax around your squad proves that. Secondly, he wants to get you to question yourself. “Who does this dude think he is that he can ignore ME?”

He waits 3 days to call

Do guys really wait 3 days to call? We always thought it was something guys only did in the movies! Actually, most guys don’t want 3 days to call after a date. Most will be in touch the next day. So if a guy calls after a period of 3 days, you can take this as a pretty big warning sign that you’ve got a pickup artist on your hands. Pickup artists rely on the same techniques and “rules” and one of them is the 3 day rule. If he waits until you’ve almost forgotten about him to call, take it from us – he’s well worth forgetting about for real.

He charms the pants off you

Pickup artists are a lot of things – including smooth talkers. They can charm the pants off anyone and they say exactly what you want to hear. Perhaps you might even feel bowled over by his eloquence and sweet nothings, and maybe you’ll feel as though you’re in a fairytale. And guess what? That’s exactly what he wants.

He’ll flirt with other girls

Is it a bit mean for him to flirt with other girls despite being interested in you? He’s just playing by the rules of the game as a professional pickup artist. And here’s the thing: Flirting with other girls to get your attention is the oldest trick in the game! The idea behind this is that he’s going to show you that girls like him, because he’s awesome and has interesting things to say. And because he hasn’t eyed you yet, he’s making you a bit jealous and frustrated. Pay close attention to how he acts around other girls. If he’s clearly acting up, you know why.

He just looks perfect all the time

All those guys you’ve dated in the past? They had off-days, right? Sometimes they looked messy and smelled a bit sweaty. Not the pickup artist. He’ll look fabulous all the time.