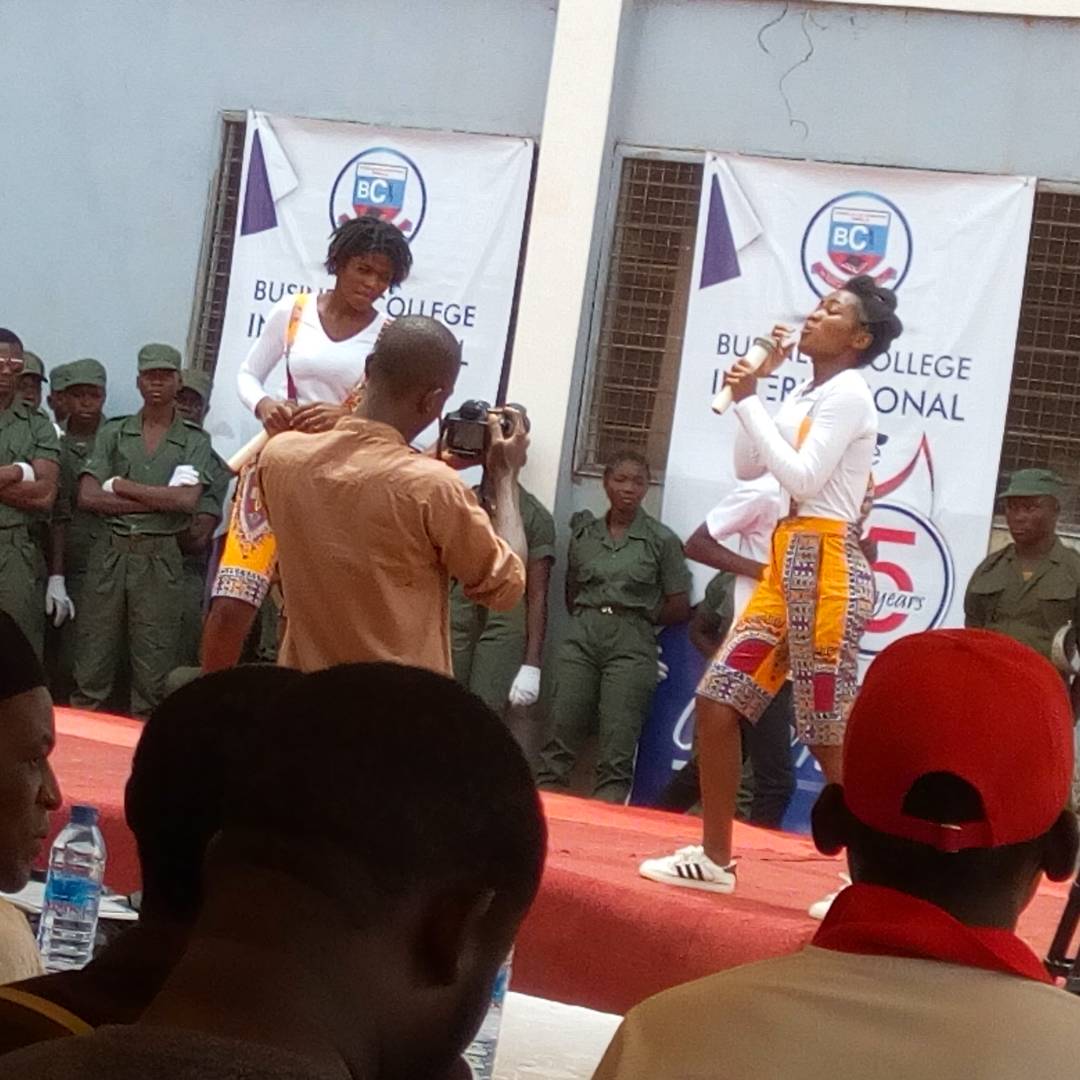 Students of BCI performing at the event

The Anniversary launch coincided with the funeral of Ebony Reigns at the State House in Accra on Saturday, March 24, 2018. One of Northern Region’s famous artistes, popularly known in showbiz as Don Singli, entertained the gathering with some of his popular songs including “Wumpini.” The Business College International Director, Alhaji Ibrahim Taimako explained that his administration encouraged some of the students to go into music because of the exploits of Fancy Gadam and King of Zola Music, Maccasio.

The BCI’S Head of Operations, Bilal Shamsudeen Taimako pleaded with Fancy Gadam and Maccasio to collaborate and perform a peace song to promote genuine reconciliation and unity in the Northern Region. The school’s management gave Fancy Gadam, Maccasio band Don Sigli the opportunity to enroll two students for the 2018 academic season at no cost.