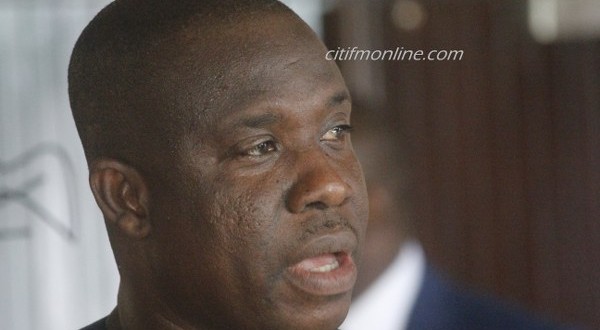 According to him, the residence was adequately secured and was not in any way threatened by the presence of the squatters who have lived in the area for several years.

“There is a security post right in front of his house. Even on the second street it has been cordoned off and so you cannot pass there… so the security presence for me is good enough,” George Loh said on The Big Issue on Saturday.

He added that, “… What we are saying is that, if you have lived with people for 30 years and you have become a president, I thought we could have found better ways of dealing with the security of the president than the manner in which we have done this one. You could even panel that entire place with beautiful wood and pictures… there are many things you can do to cut that place off if it is serenity you want. If it is security, you can even raise the walls.”

Issues concerning the President’s private home at Nima in Accra has come up following the National Security’s recent demolition of structures close to the premises and eviction of traders in the area over security concerns.

When Citi News visited the area on Monday, 12th March, 2018, days ahead of the deadline given to the squatters to vacate, most of them were hastily packing out.

Some have criticized the decision of national security to evict the squatters and traders, some of whom have been neighbors with the President Akufo-Addo for over 20 years.

The Institute for Democratic Governance (IDEG), for instance, has questioned why the President has not moved into the Flagstaff House only to be inconveniencing poor and vulnerable persons in the name of national security.

But the Minister of State in charge of National Security, Brian Acheampong in an Eyewitness News interview earlier this week, said, “We know that he [Akufo-Addo] goes there a minimum of two or three times a week. It is the responsibility of the state to declare the area a security zone and protect it 24/7….Beyond the President’s safety, Mr. Acheampong reminded that “his close family are high-value targets that we must protect and some of them live in that [Nima] residence.”

Although the President purportedly paid compensations of between Ghc3,000 to Ghc10,000 to the affected persons from his own pocket, some have said the amounts are inadequate.