Free SHS has thrown budget out of gear – Terkper 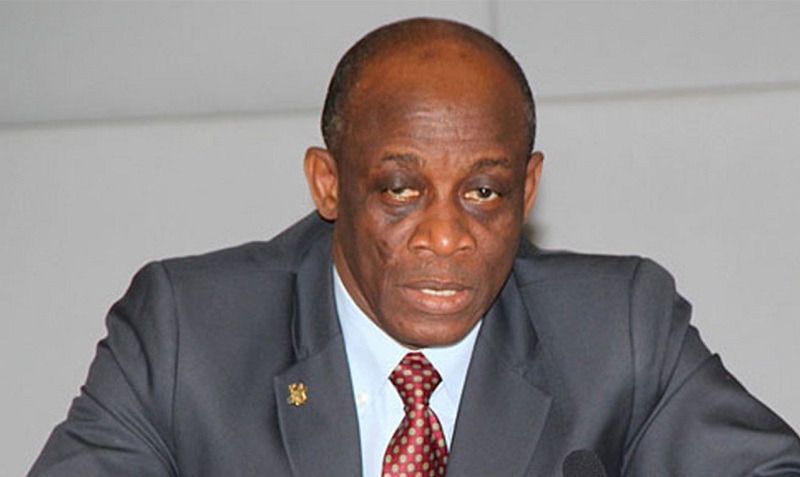 According to him, the high cost of the project is already throwing government’s budget out of gear.

“For me I’m looking at the figures…Out of GHc240 million that was going into the ABFA [Annual Budget Funding Amount] to be used for good and services, GHc211.11 million went into the free SHS…So is that which is causing some of the misalignment in the budget,” he added.

Speaking on the Citi Breakfast Show on Monday, March 26, 2018, Mr. Terkper warned that other critical sectors of the economy, such as health, risks being cash starved if allocation meant for them are diverted to finance the Free Senior High School project.

[contextly_sidebar id=”t3gvghw8DZ5Ckeq1ze2HafrxA9tHImyO”]“Free SHS helps a lot of poor people, no question about that. But what is the cost? We have taken a lot more of our oil revenue there. We said we will raise revenue for Free SHS, now we are using the traditional sources of revenue,” he stated.

He recalled that all the measures government outlined to sustain the project have not materialized.

Mr. Terkper pointed out for example that government promised to set a special fund to support the project but it yet to be done.

“We said that we would create an education fund for the Free SHS.  What is the status of that fund? We have capped statutory funds and others and we are using it”.

He warned that capping some statutory funds is already affecting other areas of the economy which also urgently need funding.

“We are seeing a misalignment of the budget. We have to start putting things together. Ministers are out there saying their allocations are not adequate. Where is the money going at a time that we are getting more oil from the TEN fields and Sankofa field?”.

Mr. Terkper observed that there must be a new approach to save the program from collapsing since government has not put in place a long term policy to sustain it.