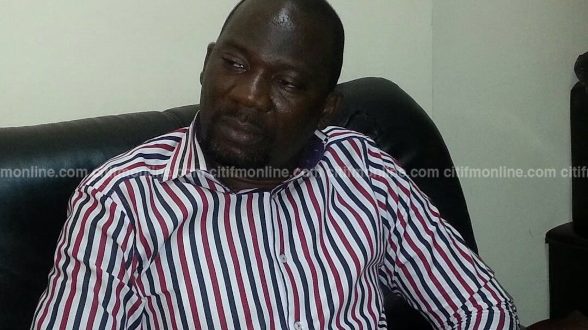 The Deputy Chairman of the Tema Chapter of the Ghana Institute of Freight Forwarders (GIFF), Johnny Mantey, has told Citi News that freight forwarders will fly red flags at the Port in protest against the fumigation levy.

The move he said is to protest the yet-to-be introduced levy which they believe is a bad policy to be implemented by the Ghana Health Service.

According to Mr. Mantey, several letters to the Ghana Health Service and relevant stakeholders for some explanation on the yet-to-be implemented policy, have all proved futile hence their action.

He said GIFF will on Tuesday hold a crucial press conference on the matter where it would state its official position and outline plans to register its protest on the levy.

He noted that, the levy is a bad one which when implemented would only add up to unnecessarily burden the ordinary tax payer, thereby increasing the cost of doing business at the Tema Port.

“Why must the importer be made to pay for a service on a container that does not belong to him or her? We don’t get this. Several letters to the relevant stakeholders are all not yielding any result as they are all tight lipped on the subject matter.”

He continued that “we shall ensure this new yet-to-be introduced levy does not see the light of day because it is not the importer who is supposed to bare the cost of a service on a container that is not his or hers. We are not against the service but we are against the wrong person being asked to pay.”

The acting Chairman of the Concerned Freight Forwarders and Traders Association, COFT, Kwasi Afrawua, also said the they are firmly behind GIFF in opposing the payment of the fumigation levy.

According to him “although inflation is down, cost of products on the market are high and this is partly due to some of these things where the ordinary importer is unnecessarily overburdened with duties which are later passed on to the ordinary end user.”

“We will not allow this fumigation levy to be collected because it is bogus and needless and it is just another well thought out means to extort money from the ordinary importer.”

When Citi News visited the Tema Port, the machines to be used for the fumigation of containers were about 90 percent complete.

All entry and exit points at the Port have been affixed with the machines to fumigate incoming and outgoing containers.