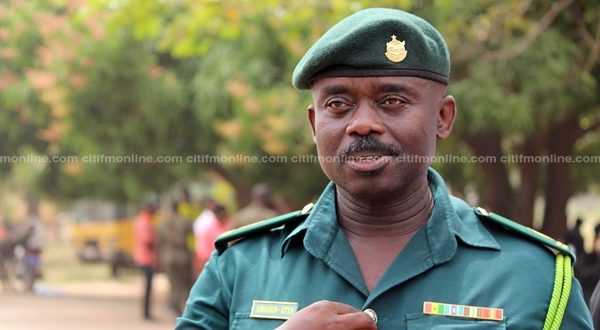 The statement was signed by Superintendent Michael Amoako-Atta, PRO for GIS.

The Ghana Immigration Service has reassured the public of adequate security along all of the country’s borders.

There have been a number of terrorist attacks in Mali, Cote d’ Ivoire, Nigeria, Burkina Faso and some other West African countries in recent years.

[contextly_sidebar id=”CrAPzwdXlvfTc1Z4HZIUhLVjeAHBmkJr”]This has led to some fear that these terrorist groups could target Ghana next.

The Public Relations Officer for the Immigration Service, Michael Amoako-Atta, however, indicated that the Service is adequately trained for any unforeseen attacks.

He indicated that though the Service is slightly under-resourced, it can handle any potential terror attacks in the country.

“We may not have all the logistics that we need, but the little that we have and by our training and conduct, we have been able over the years to maintain security at the country’s borders. Just a year ago when Cote D’lvoire was in crisis we were able to maintain sanity at the borders that there was not much spill over,” he said.

“We have trained ourselves that we should be able to use the little that we have to defend Ghana. Fortunately for us the government gave us some logistics which will enhance our work but whatever it is, we always make sure that our borders are safe.”

A few weeks ago, the Ghana Armed Forces also assured the general public of its readiness to defend the country from any internal or external attacks by individuals or terrorist groups.

In August 2017, the Canadian government issued a terror alert to its citizens traveling to Ghana.

“There is a threat of terrorism. Terrorist targets could include shopping malls, government buildings, public areas such as bars, restaurants, hotels and sites frequented by Westerners. Be aware of your surroundings in public places,” a notice posted by the Canadian government had indicated.

The United Kingdom in that same year indicated on its website that “terrorists are likely to try to carry out attacks in Ghana.”

“While there have been no recent attacks in Ghana, terrorist groups in west Africa have demonstrated their capability and intent by mounting attacks in 2015 and 2016 in Côte d’Ivoire, Burkina Faso and Mali, targeting beach resorts, hotels, cafes and restaurants visited by foreigners,” UK government had stated on its website.

In April 2016, security services in Ghana warned of terror attacks on the country but later said enough measures had been put in place to avert terrorism.