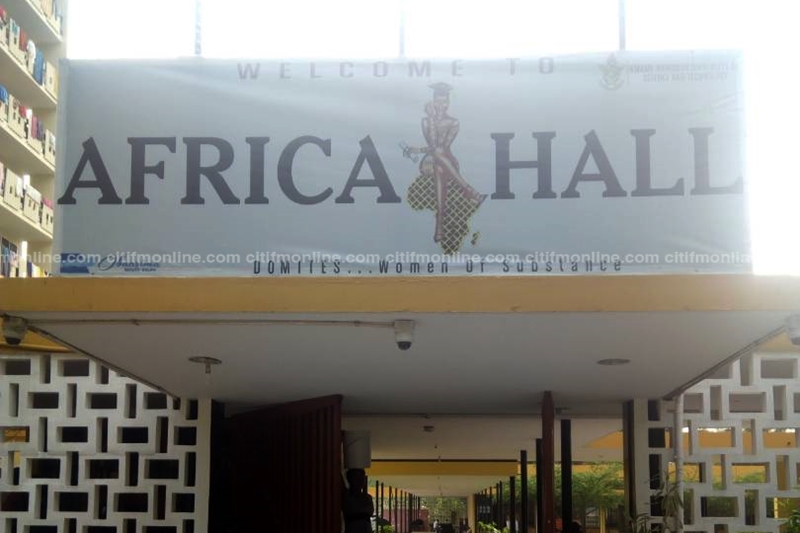 The management of the Africa Hall of the Kwame Nkrumah University of Science and Technology has launched investigations into the alleged criminal misconduct of two executives of the hall.

The two; President of the hall, Winfred Abotsi and the General Secretary, Eunice Adjetey, have also been asked to step aside while the investigations continue.

The executives are said to have withheld monies meant for the acquisition of ceiling fans to about 192 rooms and some projects for the hall.

The GHc150,000 was given as sponsorship by the Ghana National Petroleum Corporation (GNPC) to assist the hall in its 50th-anniversary celebration.

Both management and executives of the hall put in the request to secure the sponsorship from the GNPC for the provision of projects and fans for the hall.

The two executives are alleged to have later gone for the cheque from the GNPC and deposited it into a bank account created in the name of the hall.

Management of the hall later became aware of these actions and asked them to step aside for investigations.

Citi News sighted a letter directing the two to step aside signed by the hall warden. The University Relations Officer, Kwabena Yeboah said to Citi News authorities will quicken the investigations to get to the bottom of the matter.

He also denied reports that the sponsorship package from the GNPC was to be used for a beauty pageant.

Citi News understands that Eunice Adjetey, who wants to contest for president of the Hall, has been refused vetting on two occasions on grounds of the alleged criminal misconduct.

Winifred Abotsi has already declared her intentions to run for the position of SRC president in KNUST later this year.