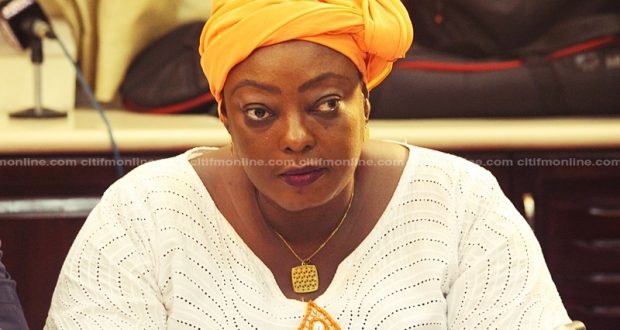 The Ministry of Works and Housing has said the 1,500 flats under the Saglemi Housing Project have not been occupied because it has not yet perused the original documents covering the project.

According to the Ministry, the Mahama administration failed to present the current government with the original documents covering the project.

The first phase of the $180 million project was inaugurated by President John Mahama on June 15, 2016.

The entire project is expected to produce 5,000 housing units for low and middle-income earners in the country.

In the first phase of construction, 180 apartment blocks comprising over 1,500 flats were built near Tsopoli in the Ningo-Prampram District.

But speaking to Citi News, a Deputy Minister of Works and Housing, Freda Prempeh, said the current administration’s hands would remain tied until it has finished verifying pertinent documents.

“There are conflicting documents. We have not even sighted the original contract documents. I have personally followed up with other agencies to get some more information surrounding the project.”

She said the Ministry was still investigating “to find out exactly what has gone on, how much money has been paid, why the money was paid.”

“… I find it difficult to accept the fact that you sign a contract and after two or three months, you give the contractor $46 million and by the end of 2014, they had been given $92 million. As I speak with you, they have taken 99.11 percent of the total amount so certain questions need to be answered.”

She was however clear that the government was “not going to abandon the project.”

“We are going to pursue it but then we want to do some due diligence before we proceed,” the deputy Minister stated.

Under the project, about 40 percent of the houses are expected to be sold at subsidized rates for low-income earners.

The project was expected to be complemented with industrial and recreational facilities, schools, shopping malls and other social amenities.