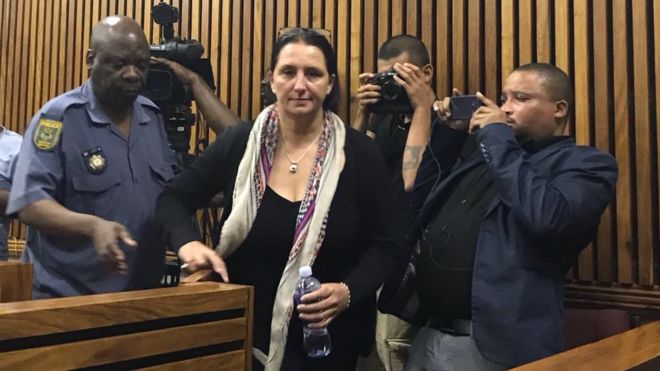 Vicky Momberg's lawyers say she is likely to appeal

A former estate agent in South Africa has been jailed for racist abuse in what has been called a landmark ruling.

A court jailed Vicky Momberg for three years, with one year suspended, for using a derogatory word against a black police officer 48 times.

Her lawyer said she was not in a normal state at the time, as she had just been the victim of a smash-and-grab robbery.

Momberg was convicted of four counts of crimen injuria after her racist rant was caught on video, and went viral on social media.

She hurled insults at black officers trying to assist her after she was robbed on the outskirts of the main city, Johannesburg, in 2016, and complained about the “calibre of blacks in Johannesburg compared to black people in Durban”, where she was based.

Handing down her ruling, magistrate Pravina Raghoonandan said some may think the sentence was harsh but it was intended to signal that racism will not be tolerated in South Africa.

Previous prosecutions had not prevented racist incidents, and therefore imposing a direct prison sentence without the option of a fine would send a strong message, she added. 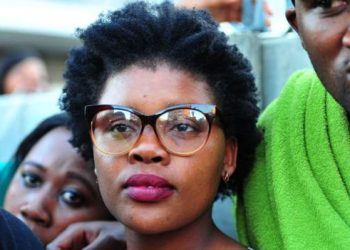 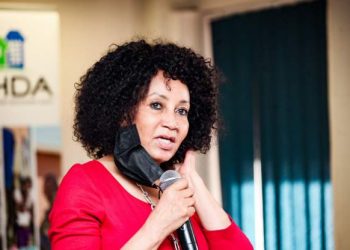 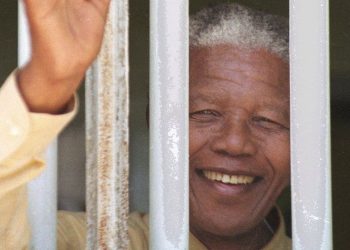 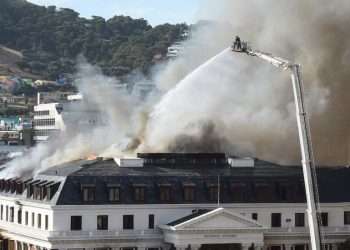 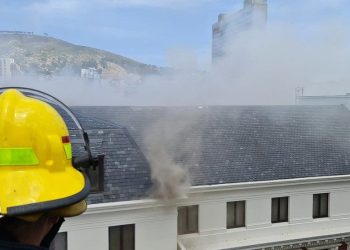 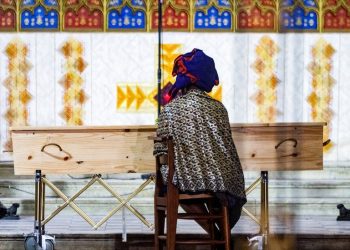