‘They can’t scare us’ – Portuphy responds to Anyidoho’s ‘arrest’ 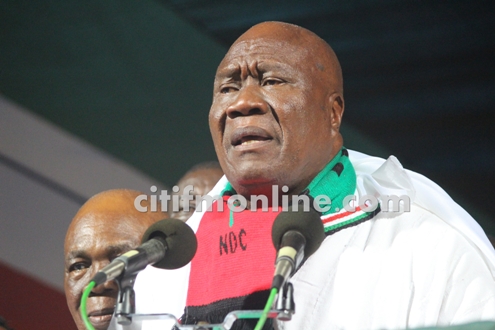 Kofi Portuphy is National Chairman for the NDC

National Chairman of the opposition National Democratic Congress (NDC), Kofi Portuphy, has said his party will not be intimidated by the invitation of its Deputy General Secretary, Koku Anyidoho, to the Criminal Investigations Department (CID) over some comments the latter made which have been described as treasonable.

Mr.Portuphy, who described the development as an attempt by the government to scare them, said the party would remain defiant despite the arrest of one of their top officials.

“They arresting the Deputy General Secretary of our party is not right, but they cannot scare anybody. We will go and listen to them, they said they want him. He works for us, don’t worry we will go,” he said in a Citi News interview on Tuesday.

Mr. Anyidoho had, in an interview on Accra-based Happy FM, indicated that President Akufo-Addo will be overthrown because of the ratification of the controversial defence cooperation agreement between Ghana and the US.

The deal was ratified by Parliament despite the resistance of some sections of the public which, according to Anyidoho, will spark a “social revolution” in the country.

The movement is starting on Wednesday. Nana Addo will have sleepless nights. He will suffer diarrhea. He said he wanted to be president, but we will make sure he will be fed up on the seat,’’ he added.

Anyidoho has since been widely condemned for the comments.

He was subsequently picked up by the CID at the International Press Centre in Accra on Tuesday during a press conference by a group of opposition political parties known as the Inter-Party Coalition for National Sovereignty, who are kicking against the Ghana-US Defence Cooperation agreement ratified by Parliament last Friday.

Several stalwarts of the NDC stormed the premises of the CID over his detention.

“The NPP as a party unreservedly condemns this reckless, amateurish, and misguided statement from Mr. Anyidoho, especially judging from his background as a former presidential spokesperson for former President John Evans Atta Mills, who was hailed by all as a peace-loving personality,” a statement signed by National Youth Organizer of the NPP, Sammy Awuku said.

Security agencies must be on alert

The statement from the NPP also urged the security agencies to be on alert to avert any attempt to destabilize the country.

“We call on the security agencies to be on the alert because there is no smoke without fire.

The police should invite Mr. Anyidoho over his treasonable comments and inciting Ghanaians to forcibly remove a democratically elected government,” the statement added.