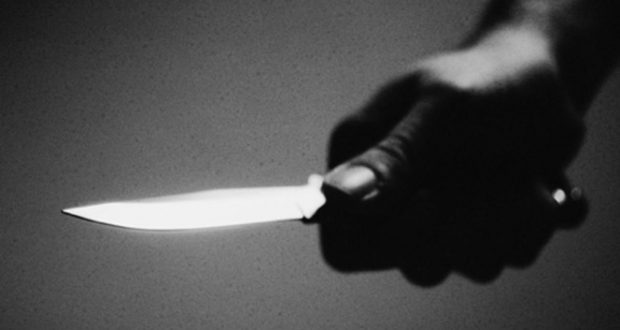 The trader was stabbed in her back and robbed

A 44-year-old trader, Mawuena Paku, has been stabbed to death by an unknown assailant in the Obuasi Municipality of the Ashanti Region.

According to police, Mrs. Paku was returning from the market when she was stabbed around the Sam Jonah quarters at about 7:45 pm on Wednesday.

The assailant made away with her handbag containing an unspecified amount of money and a mobile phone.

She was pronounced dead upon arrival at the AngloGold Ashanti (AGA) hospital.

Ashanti Regional Police Public Relations Officer, ASP Juliana Obeng, who confirmed the incident to Citi News, said the deceased’s husband made the report to the police

She added that police had gathered evidence from the scene but so far no arrest has been made.

“A report was made yesterday by a 45-year-old man by name Mr. Paku in the evening at the Obuasi Central Police Station to the effect that his wife, who is now deceased, Mrs. Mawuena Paku, 44 years, had been stabbed by an unknown person. He mentioned that his wife had closed from the market and was about opening their front gate to enter their house when an unknown person stabbed her from the back with a sharp object and snatched her bag which contained an unspecified amount of money and a mobile phone,” she narrated.

“Unfortunately, she was pronounced dead on arrival at the AngloGold Ashanti Hospital. The body has been deposited at the morgue. The scene has been visited (by the police) but no arrests have been made.”

According to Juliana Obeng, the area where the incident occurred is poorly lit, secluded and has terrible access roads.

“From the reports I’m gathering from the team that visited the scene, the indication is that the place is a secluded area that has no lighting with very bad roads. I understand that it is an Estate that has been rejected by AGC Ashanti Goldfields Company so it’s more like one person staying in a very big apartment. You’d have to move for about ten to fifteen minutes in the dark before you can locate another apartment where someone else is living,” she added.

This attack is the latest in a series on unsuspecting Ghanaians and companies in recent months.

Mobile money vendors and forex bureaux appear to be most the targeted in the recent operations.

On Tuesday, there were two robbery attacks in the North Kaneshie area which left some persons injured.

A Lebanese businessman was on Wednesday shot and killed by a group of armed robbers in broad daylight at the Tema Industrial Area after he withdrew some amount of money from a bank. The robbers made away with GH¢200,000 in that operation.

There have also been a number of robbery attacks in some parts of Accra and Koforidua in recent days.

These incidents have prompted members of the public and the Minority to call for some of the heads of the security agencies, including the Inspector General of Police, David Asante-Apeatu, to be sacked.

The IGP has responded with a major reshuffle in the Service, with several officers given new assignments.

Dr. George Akuffo Dampare, Director General of Police Operations, has been reassigned to head the Research and Planning Department.

He is to be replaced immediately by the Eastern Regional Police Commander, DCOP Simon Afeku.

Nine others have also been reassigned to take up various positions across the country.