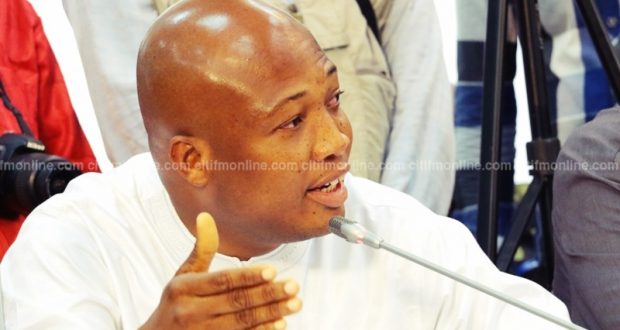 The NDC MP for North Tongu, Samuel Okudzeto Ablakwa, has said the possible recall of Parliament to ratify the 1998 and the 2015 defence cooperation agreements the country signed with the US is the manifestation of a confused government and a waste of taxpayers’ money.

Speaking on Eyewitness News, Mr. Abakwa said either the Government is confused or “only engaged in pedestrian propaganda to throw dust into the eyes of Ghanaians.”

He thus said the Minority side of Parliament “will not move an inch out of their constituencies and come engage in this futile exercise presented by a government engaged in pedestrian propaganda.”

This was in response to the government saying the ratification of these old agreements is to ensure that there is a legal framework, guiding the collaboration of the US and Ghanaian armies, as it works to implement the controversial 2018 defence cooperation which was approved by Parliament after a Minority boycott.

Following the Supreme Court ruling that ordered the agreement to host the detainees from Guantanamo Bay on the behest of the US to Parliament for ratification, the government said the 1998 and 2015 agreements are essentially unlawful.

Explaining why the Minority would not honour a recall of Parliament, he argued that the government was being dishonest because when it presented the agreement to Parliament, it said it had no choice but to go into the 2018 deal because its hands were tied by the 1998 and 2015 deals signed under NDC governments.

This was in the heat of the public outcry against the deal which some fear will see a military base established in the country and compromise Ghana’s security and sovereignty.

Mr. Ablakwa also noted that the 2018 agreement was clear that the 2015 deal the government is seeking to ratify has expired.

Mr. Ablakwa also pointed out that in Article 19(3) of the 2018 agreement presented to Parliament, it noted that it shall supersede the previous agreements.

Thus, recalling Parliament just to ratify the 1998 and 2015 agreements would be a waste of taxpayers’ money, the MP said.

“Your own agreement that you agreed with the United States… says that this agreement supersedes all other agreements so why are we coming to waste the taxpayer’s money? Why are you seeking to reconvene Parliament for us to come and engage in a needless exercise,” he questioned.

“I will be extremely surprised that the Right Honorable Speaker, a man I respect so much… lends himself to this pedestrian propaganda, if he reconvenes the House when you have ratified an agreement which [supersedes] all previous agreements.”