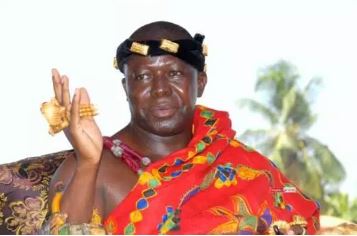 The Asantehene, Otumfuo Osei Tutu II, has called for urgent reforms in the Attorney General’s Department to reduce bureaucracy and unnecessary delays in responding to cases sent to the office for advice and onward prosecution in the courts.

The reforms, according to him, have become more critical given the establishment of the Office of the Special Prosecutor to help fight corruption.

Otumfuo Osei Tutu made the call when the Minister for Justice and Attorney General, Ms Gloria Afua Akufo, paid a courtesy call on him at the Manhyia Palace in Kumasi.

The Minister was in Kumasi as part of her official visit to the department and agencies under her Ministry in the Ashanti Region.

The Asantehene pointed out that the delays by the Department to provide timely legal advice to state and police prosecutors to discharge their duties in the law courts were a source of concern to many Ghanaians, especially those involved in civil and criminal cases.

Otumfuo Osei Tutu said it was time the Minister took the issue of reforms at the AG’s department seriously since the Special Prosecutor, Mr Martin Amidu, would need the support of the department to be successful in the work he has been appointed to do.

He stressed the need for the AG’s department to collaborate with the National Commission for Civic Education (NCCE) to embark on educational campaigns to sensitize the public on the laws of the country as well as their civil and legal rights.

Ms Akufo thanked the Asantehene for the advice and said efforts were being made to address the challenges facing the department to improve justice delivery in the country.

Ms Akufo, later at a meeting with officials of agencies under her, admitted there were logistical and financial constraints facing them in the discharge of their duties.

She urged them to continue to work hard to keep their offices running as government work to address some of the challenges facing them.

Ms Akufo said her outfit had been given financial clearance to recruit lawyers and other administrative staff as part of efforts to solve the human resource challenges facing the ministry.