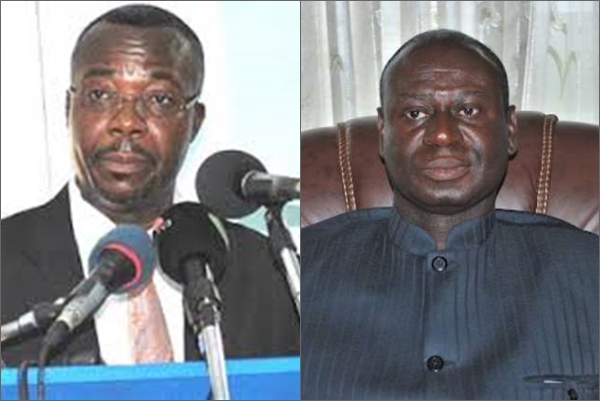 The Economic and Organised Crimes Office (EOCO), and the Criminal Investigations Department (CID) of the Ghana Police Service, are said to be investigating two former Managing Directors of the State Housing Corporation (SHC).

The two, Dr. Mark Ankrah and Dr. Samuel Sarpong, are alleged to have caused financial loss to the state through a number of deals.

Per the findings of a draft audit report sighted by Citi News,  Dr. Ankrah aided a locally registered company, Proteus Ghana Limited, to access a $2.6 million loan facility without the endorsement of the company’s board and or the Minister of Works and Housing.

Dr. Sarpong also went beyond his mandate in the valuation of a piece of land, which was sold to a company for almost half its official price.

“This unilateral decision by the former managing Director resulted in revenue loss amounting to GHc72,000 to the company,” the report stated.

The report held that Dr. Sarpong “acted in outright disregard of the valuer’s professional advice and against the reviews and recommendations of the Internal Audit Unit and the General Manager, Operations.”

In Dr. Ankrah’s case, he is also found to have acted beyond his mandate to use the SHC to guarantee the loan for Proteus Ghana Limited.

Dr. Ankrah committed the SHC to some obligations by “signing two procurement contract guarantees on 5th March 2014 with Eoliem Consulting FZE, to secure a loan amounting to $2,600,000 for Proteus Ghana Limited, a contractor.”

The draft report also noted that, there was “neither both formal authorization and approval of the Board of Directors nor the Ministry of Works and Housing for the MD to commit SHC to guarantee the loan.”

The SHC entered into this deal with Proteus Ghana to build a number of houses on SHC lands at Adentan in areas called “Little London” and “Police Lands”.

The investment was intended to be recouped over a period of 60 years, according to the report.

Among other things, it was found out that this particular contract was not subjected to competitive tendering “as required under Section 35 of the Public Procurement Act, 2003 at the time the contract was signed.”

Beyond this, the project was also abandoned by the contractors after all the funds had been disbursed.

Following all these, in 2015, a High Court ordered SHC to pay back the $1 million to Eoliem, while the status of the payment of the remaining $1.6 million of the loan is still in litigation.

The Audit report was clear that Dr. Ankrah did not conduct “sufficient due diligence on the corporate guarantee of the contract he signed in addition to his failure to comply with procurement procedures as well as the approval structure of SHC.”

Dr. Ankrah was asked to proceed on leave in January 2015 amid allegations of financial malfeasance.

Consequently, a committee chaired by a Director at Minister of Water Resources Works and Housing, was tasked to investigate the MD over embezzlement allegations.

A source at the time told Citi News that the investigations were triggered by a formal complaint made to the ministry by some staff members of the company.

The Ministry. also dissolved the company’s board.

Dr. Ankrah subsequently denied all the allegations leveled against him