‘Ghana Beyond Aid is fight for economic freedom’ – Bawumia 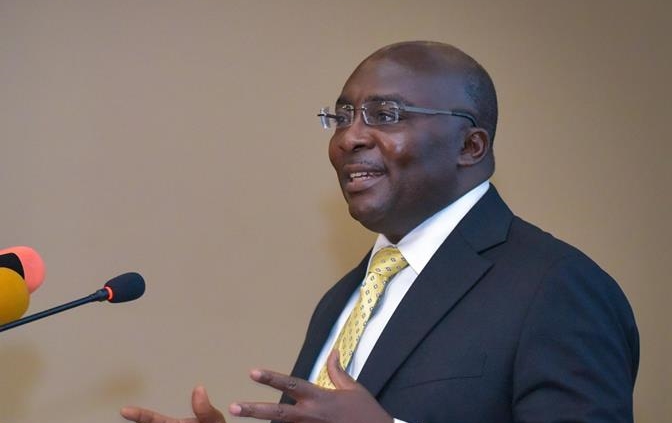 After a successful fight for political freedom, Ghana is once again leading the rest of Africa in a fight for emancipation, this time for economic freedom, the Vice President of the Republic has declared.

According to Dr Mahamudu Bawumia, this vision of an economically-emancipated Africa is what underpins President Nana Addo Dankwa Akufo-Addo’s vision of a Ghana Beyond Aid, which should eventually lead to an Africa Beyond Aid.

Dr Bawumia outlined the President’s vision when he received Pedro Verona Rodrigues Pires, former President of the Republic of Cape Verde, at the Jubilee House, Accra on Friday, April 20, 2018.

Pedro Pires is in Ghana to deliver the 6th Edition of the Africa Leadership Lectures of the University of Development Studies, Tamale.

“Decades after Ghana and the rest of Africa fought for political freedom, President Nana Addo Dankwa Akufo-Addo is engaged in a fight for economic freedom, which is captured in his vision of a Ghana beyond Aid. We hope this eventually leads to an economically-emancipated Africa, an Africa Beyond Aid,” Dr Bawumia stated.

The Vice President commended the former Cape Verde President, who was awarded the Mo Ibrahim Prize for Leadership after his term ended in 2011, saying “President Pires is a role model for those privileged to serve.”

Recalling his days in Ghana, when he arrived in 1962 as a Freedom Fighter, Pedro Pires had high praise for President Akufo-Addo’s stance on matters affecting the African continent, as well as Ghana’s economic and political stability now.

“Ghana is a shining example for the rest of Africa, and I sincerely hope it is sustained and enhanced.”