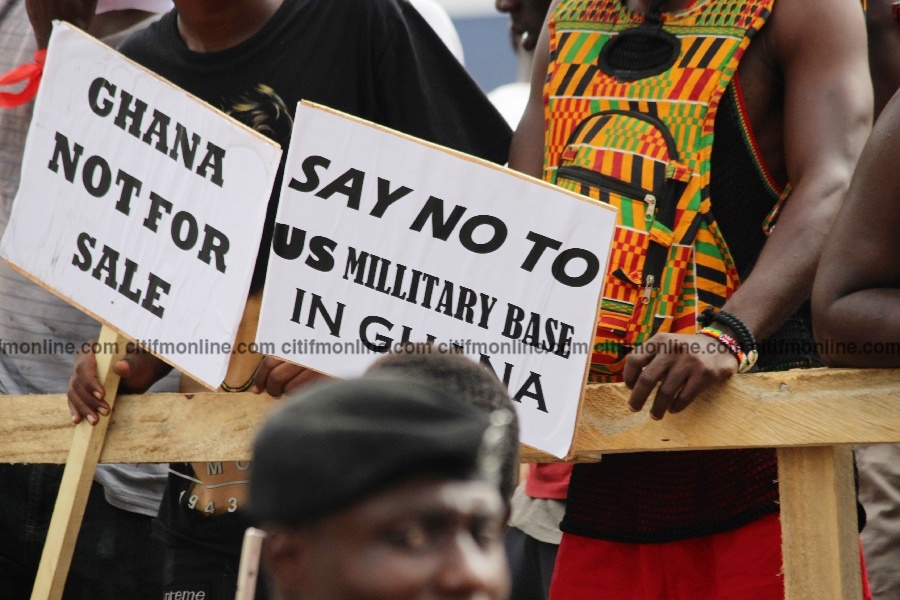 The Ashanti Youth Organization (AYO), has indicated that it will stage a demonstration in the Ashanti Regional Capital, Kumasi, to protest against the government’s position on the Ghana-US Defence Cooperation Agreement.

The group in a statement copied to citinewsroom.com said the action had become necessary following Akufo Addo’s “reluctant posture” in withdrawing the “unqualified agreement”.

[contextly_sidebar id=”iWnJkXVhbnfEmrfIPAQomYj8OA8elhLT”]“[Gov’t’s position] glaringly shows that our territorial sovereignty has been merchandised by the Akuffo Addo-Bawumia government for pittance,” the group said in a statement.

Despite a clear indication from President Akufo-Addo last week that he has no intention of cancelling the agreement, the group believes that pressure must be mounted on the president to reconsider the decision.

President Akufo-Addo in a national address on the matter said “in consideration of the realities of our circumstances and the challenges to the peace in our region in our time, we have deemed it prudent to continue the Co-operation Agreement with the United States of America.”

He was confident that the US-Ghana Military Co-operation Agreement “will help enhance our defence capability, and offer an important layer of support in our common effort to protect the peace in our region.”

But the Ashanti Youth Organization (AYO), which is affiliated to the opposition National Democratic Congress [ NDC] insists that it is poised to challenge the President’s position in the demonstration scheduled for Tuesday, 17th April, 2018.

It said the demonstrators will converge on the Kumasi Central Post Office in Adum at 6:00am, and end at the Aboabo M/A School (Post Office).

A group calling itself the Ghana First Patriotic Front (GFPF) two weeks ago, held a demonstration in Accra to protest the defence agreement, which they said was to mount pressure on the government to back out of the deal.

It argued that the deal was akin to Ghana selling its sovereignty to the US.