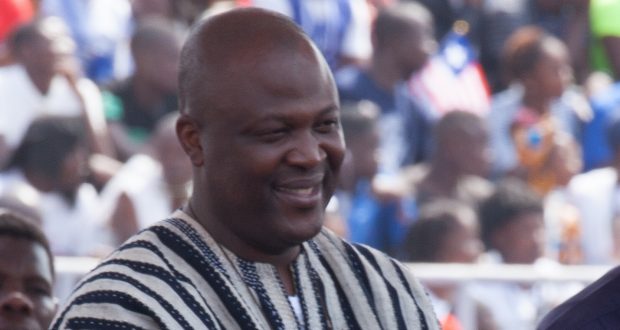 The brother of former President John Mahama, Ibrahim Mahama, has said he has no fear of being prosecuted by the Special Prosecutor, Martin Amidu.

He also rubbished suggestions that his brother’s presidency contributed to his success in businesses.

Speaking to graduate students of the University of Ghana on how to become successful entrepreneurs at the 2018 GRASSAG Entrepreneurship Seminar, the founder of Engineers and Planners advised the youth to work hard instead of relying on politicians.

He stated that he had earned his wealth long before John Mahama first contested an election to become a Member of Parliament in 1996.

“I want to set the record straight that I was who I was; I was successful. That’s why I can chop my money without looking back and thinking that Amidu is coming to call me. And that is the confidence I do have. When I started business, John Mahama hadn’t even picked up his forms to become an MP”.

“I don’t go anyplace fearing my shadow, running away from my shadow. When I started business John Mahama hadn’t even picked up his forms to become MP,” the mining magnate reiterated.

At the same event, Mr. Mahama also announced the support of $2,000 for 20 of the graduates at the event with viable business ideas.

He further charged other successful businessmen and women to emulate his gesture.

“There are a lot of very successful other businessmen who should listen to the youth. What the youth are looking is $2000 or $3000. Let’s be able to do what others did for the likes of us that helped us to start our businesses that have now become a monster. The business has grown beyond me so much so that even when I am not there, the business will stand on its feet,” he told the press.

I was once getting GH¢40 ‘salary’ from Parliament – MP

I was once getting GH¢40 'salary' from Parliament – MP