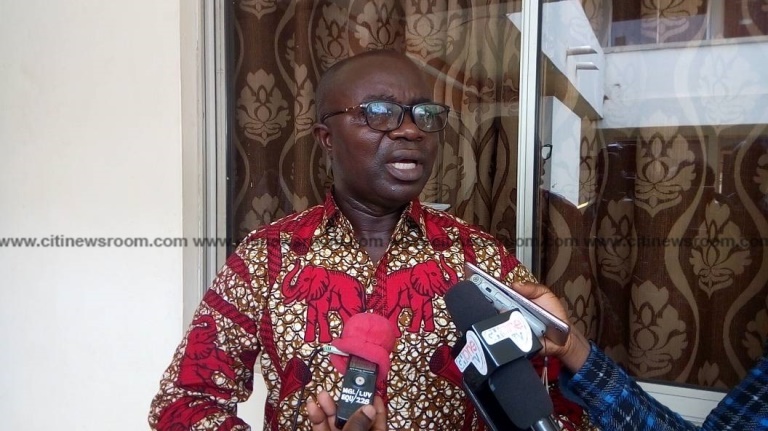 Chief Executive Officer for the Kumasi Metropolitan Assembly (KMA), has described as illegitimate demands by a group calling itself Concerned NPP Youth Traders Association to be allowed to sell on pavements and streets within the Central Business District (CBD) in the metropolis.

According to Osei Assibey Antwi, the decision to relocate traders selling on pavements at the CBD to satellite markets within the metropolis was not a unilateral one.

[contextly_sidebar id=”rJYrNGfdxKxT7cWnGdHj1tXg9KK86NuA”]He said it was a decision by the General Assembly to relocate the traders from the streets to enable the Contractor working on the Kejetia/Central Market Project to work on the road network,  which is a critical component of the on-going project.

The relocation exercise he further explained was to also to reduce the congestion at the Central Business District (CBD) and ensure the free flow of human and vehicular traffic.

The Kumasi Traditional Council (KTC), after touring the project site recently threw its weight behind the Assembly to carry out the exercise.

Mr Antwi told Citi News that the KMA had series of dialogue with the leadership of the traders and the driver unions before embarking on the exercise since it was not interested in collapsing any business within the metropolis.

The Kumasi Mayor advised the traders to rescind their threats to demonstrate against the Assembly describing their actions as “illegitimate”.

He indicated that the KMA before the exercise ensured designated trading places like the Race Course, Nana Afia Kobi Market (Abinkyi), and Adumanum were made ready for the safe relocation of traders.

“If KMA has moved them and they said because we have moved them from the streets they want to go on a demonstration, then I want to advise them to stop because we are not going to relent on this. It’s all about dialogue, and we have dialogued with them for a very long time,” he stressed.

The KMA in a statement copied to Citi News condemned calls for the removal of the Kumasi Mayor by the group.

A group calling itself the Concerned NPP Youth Traders Association is calling for the MCE’s immediate removal following what they say is his approach towards the ongoing relocation exercise in the metropolis.

The group also accused the Mayor of failing to put proper measures in place before relocating traders from the Central Business District to the various market centres.

According to the group, the actions of the Mayor in the ongoing relocation and decongestion exercise is creating a bad name for the NPP in the Ashanti region which could take the party back into opposition.