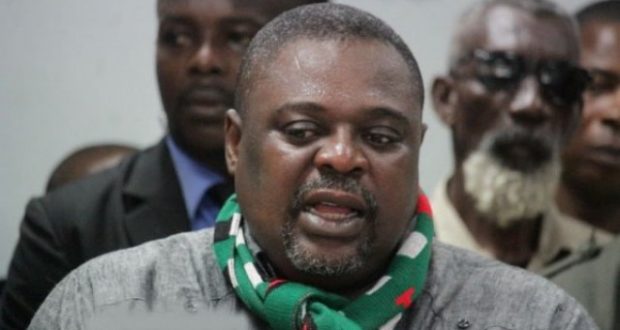 A Deputy General Secretary of the opposition National Democratic Congress (NDC), Koku Anyidoho, is expected to report to the Criminal Investigations Department (CID), of the Police Service today [Tuesday], for investigations into the allegations of treason brought against him.

A member of his legal team, Victor Adawudu, assured that Mr. Anyidoho will present himself as directed by the police.

“We would abide by the terms of the [bail] conditions and go and see the police. That is all we need to do. They will decide what exactly the way forward is,” the Lawyer told Citi News.

In an interview on Accra-based Happy FM where he was commenting on the controversial Ghana-US defence cooperation agreement, Mr. Anyidoho warned that President Nana Akufo-Addo could be overthrown, stating that the overthrow will be in the form of a “civilian coup d’etat”.

His Oyarifa residence in Accra was also searched before he was moved from the police headquarters and sent to an unknown location.

He was subsequently detained by the CID and spent two nights in the custody of the Bureau of National Investigations after which he was granted bail on Friday. Police have also been permitted by a High Court to seize all electronic devices belonging to Mr. Anyidoho.

The electronic gadgets including laptops, iPhone and iPads, believed to store information related to treason in the premises of Mr. Anyidoho are to aid investigations.

Mr. Anyidoho is yet to be charged with any offence despite earlier reports that he had been charged with treason.