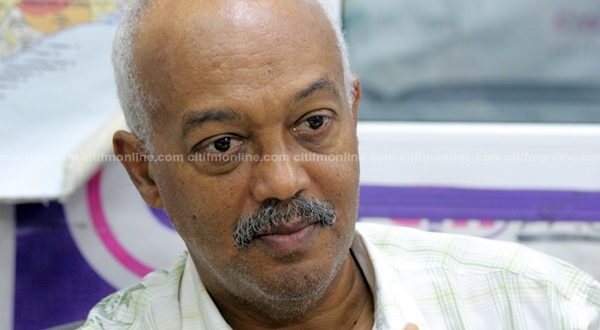 A member of pressure group, Occupy Ghana, Sydney Casely-Hayford says he wouldn’t have arrested Deputy General Secretary of the opposition National Democratic Congress, Koku Anyidoho if he was in charge of security in the country.

According to him, Anyidoho made the alleged treasonable comments because he was only seeking attention and could not have carried through his threat.

“For me everything that Koku said and did a few days ago, I found totally in character. I think this is what Koku is all about. If I were in charge of BNI or internal security, I would have let it go because frankly, this is who he is.  I think he needs the attention…but he has to be very careful,” Casely-Hayford said.

Mr Anyidoho was picked up last Tuesday by the Criminal Investigations Department (CID) for allegedly making some claims on public radio deemed treasonable.

He had allegedly indicated that President Akufo-Addo would be overthrown because of the ratification of the controversial defence cooperation agreement between Ghana and the US saying it could spark a “social revolution” in Ghana.

“There will be a civilian coup d’état. There will be a social revolution. We [NDC] are starting it on Wednesday. The movement is starting on Wednesday. Nana Addo will have sleepless nights. He will suffer diarrhoea. He said he wanted to be president, but we will make sure he is fed up on the seat,’’ he added.

He subsequently detained by the CID where he spent two nights in the custody of the Bureau of National Investigations after which he was granted bail on Friday.

“I didn’t like Koku, right from the beginning. I didn’t like his style, aggressiveness, his boisterousness and his approach. I found all of that…ungentlemanly and unsavoury…The remarks that he made, in my opinion, are completely and unfounded. There was no need for it. He could have been a little bit responsible with what he said,” Casely-Hayford who is also a social commentator added.

I’ve not been charged – Anyidoho

Koku Anyidoho, has discounted claims that the Criminal Investigations Department has officially charged him with treason.

According to him, the CID is still investigating his alleged crime and has not proffered any charges against him.