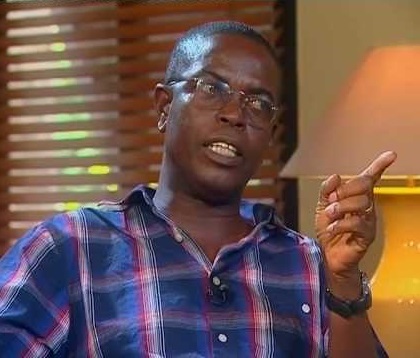 Managing Editor of the Insight Newspaper, Kwesi Pratt, has criticized President Akufo-Addo for delivering what he describes as a “strictly partisan” address on the military defence cooperation agreement last Thursday.

The President in his address to the nation indicated that Ghana’s sovereignty had not been traded by virtue of the agreement, as has been suggested by critics, particularly members of the opposition National Democratic Congress [NDC].

“So let me state with the clearest affirmation that Ghana has not offered a military base, and will not offer a military base to the United States of America,” the President stated.

A visibly incensed President Akufo-Addo went all-guns-blazing on political opponents who have been firmly critical of the agreement asking Ghanaians to ignore such “naysayers and hypocrites.”

The President, who did not go into the details of the agreement to respond to criticisms of the various clauses, maintained that the agreement is in the interest of the country, and also useful for the country’s contribution to stability in the sub-region.

But speaking on Eyewitness News, Mr. Pratt indicated that he expected the President to address uncertainties about the deal, rather than taking a partisan position.

“I expected the President to take advantage of this opportunity to address the nation, but he failed to do that..He came on radio and TV and took a strictly partisan position, saying those who do not think like him are naysayers.”

Mr. Pratt indicated that the President’s partisan position was uncalled for, given that those interested in getting details on the deal were not necessarily “front line politicians.”

Kwesi Pratt also stated firmly his opposition to the deal, arguing that Ghana is opening itself to possible attacks from external forces by signing it.

“Is this an agreement we should be happy about? We have entered into an agreement which says that if UN soldiers enter into the country and they shoot someone in Mamobi, Ghanaian laws do not apply. Is that something we should support?” he quizzed.

The Inter-Party Coalition for National Sovereignty has said it remains opposed to the agreement despite President Nana Addo’s assurances.

Speaking at a press briefing today [Friday] in response to the President’s address, the General Secretary of the opposition National Democratic Congress, [NDC], Johnson Asiedu Nketia, said Ghana is about to sign the worst military deal ever.

“We are committing ourselves to a course of no return. If Americans continue to realize that their interests will be best served if they remain here, no government of Ghana can walk out of that agreement even with five years notice and survive,” he argued.

“Listening to him, you could not clearly define the position of the President whether he thought that the agreement was a secret document which was meant for everybody or that he wanted to accuse people of leaking the document or he thought that it was an open document that needed to be discussed by everybody. He ended up contradicting himself in all these fronts. On one hand he was praising himself of making the agreement open, on another hand he was accusing people of leaking what he intends to make open for a democratic discourse.”

Meanwhile, a group calling itself the Ghana First Patriotic Front who led a demonstration last week with the backing of opposition parties against the agreement, has said it will go back to the streets in two weeks time to protest the government’s posture.

Convener for the Ghana First Patriotic Front, Edem Agbana in an interview with Citi News, said members of the group are lacing their boots for another mammoth demonstration.