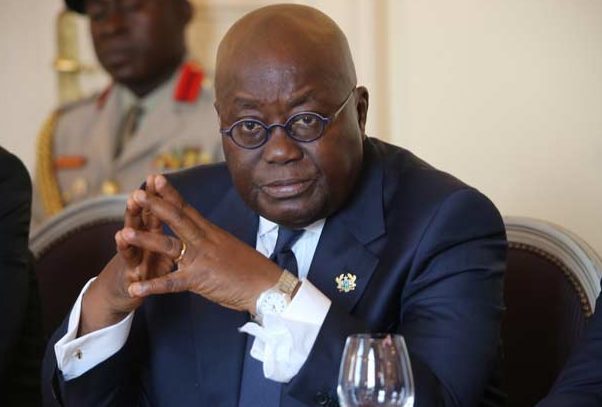 President Nana Akufo-Addo has approved an action plan aimed at reducing the rate of road accidents in the country.

The plan is to focus on sensitisation, law enforcement and improving road signages.

This move follows reports of crashes which has killed and injured several Ghanaians in separate incidents in the last few days.

Almost 30 of these deaths occurred in the Northern Region alone.

The National Road Safety Commission (NRSC) earlier revealed that 336 people lost their lives in road accidents in the first two months of 2018 alone. 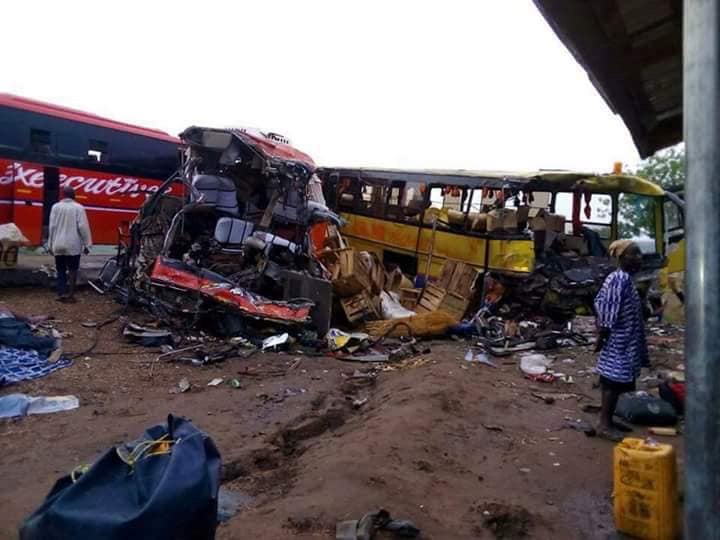 According to the statement from the Information Ministry, the President had set up a three-man committee to develop a plan to address the critical road safety situation.

Upon reviewing the plan, President Akufo-Addo ordered its immediate implementation.

Under the sensitization aspects of the deal, the government will “resource the National Road Safety Commission to scale up public education and sensitization on road safety with an additional GHc 6.5 million from the Road Fund.”

The police are also to enforce Road Traffic Laws “through spot fines by automation of MTTD operations.”

The government will also be providing at least GHc 335 million a year to the Ghana Highway Authority, Department of Urban Roads and Department of Feeder Roads “to provide signage and road marks over a three year period.”

The statement also said the committee tasked the police, the Road Safety Commission and others road sector agencies to “immediately commence the enforcement of the action plan as approved by the president.”

Find the full statement below 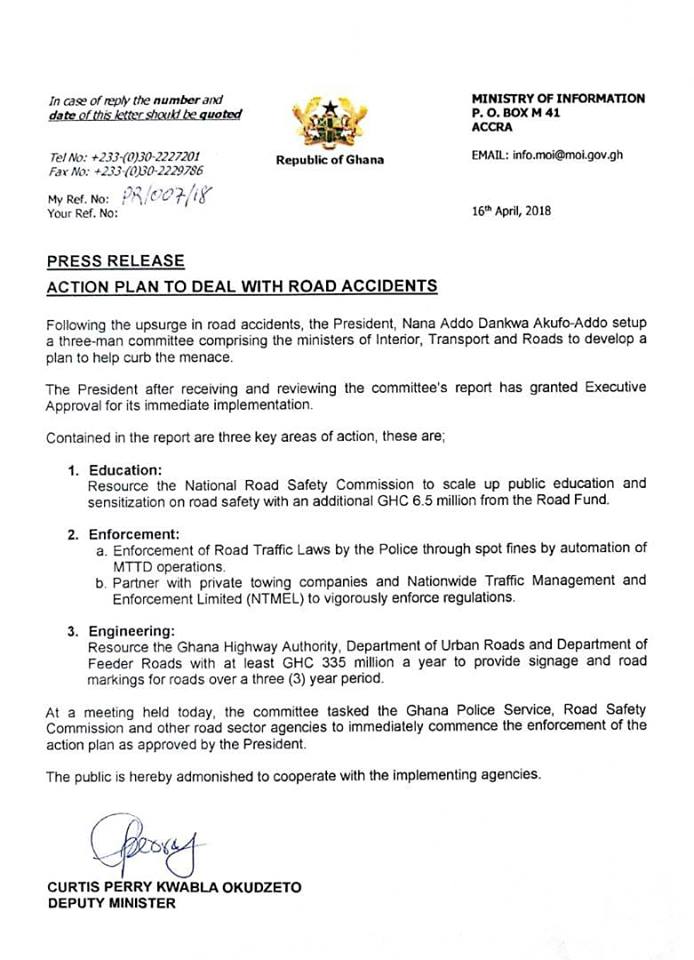