Only 19% of Ga East roads are paved; residents agitated 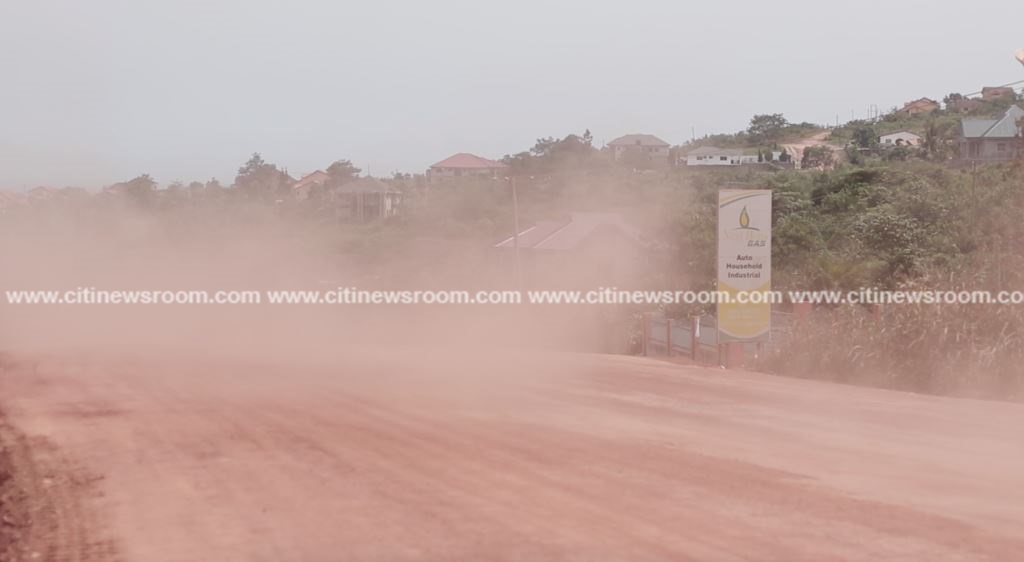 Although the Ga East Municipality in the Greater Accra Region has a total of 541km, only 129km are paved, representing 19%.

A paved road is one that is covered by a smooth surface like concretized gravels, stones or bitumen favourable for travel.

The residents of Pantang told Citi News that although some work had started a year ago on the road with drains constructed at both sides, the project has been abandoned. 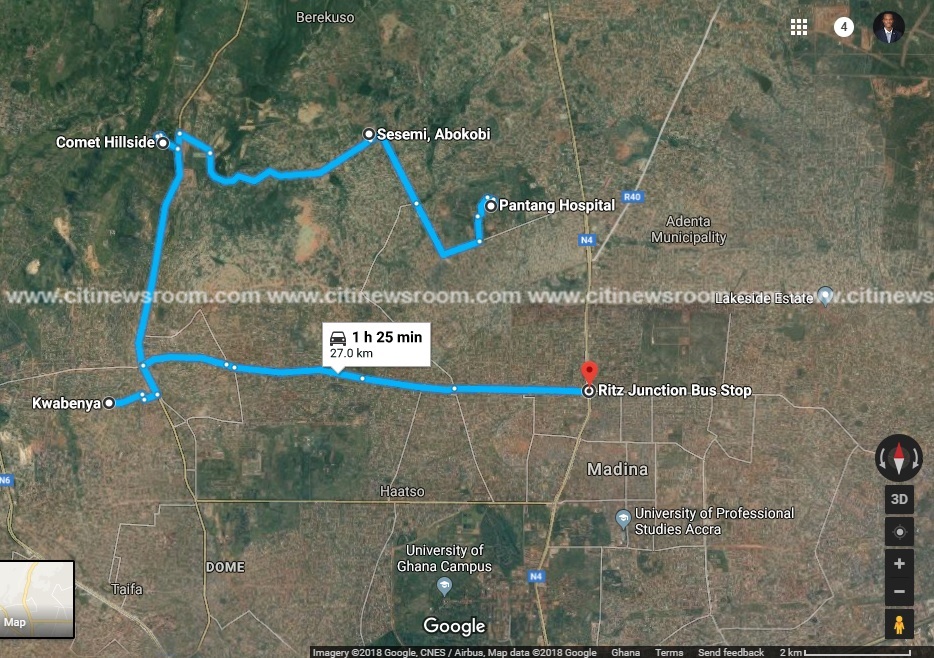 Citi News’ Caleb Kudah observed that the relatively smooth surface of some parts of the unfinished Pantang-Abokobi road, has led to excessive and inappropriate speeding by motorists.

Ransford, an attendant at a gas fuel station told Citi News the nature of the road has negatively affected his sales, as many clients have switched to competitors.

“The road affects us. When they (customers) come to fill their cylinders they find it difficult. At times, they go to other places. It affects our business as we previously made about GhC3,000 between 3 days to one week. But these days we make around GhC2,000 and GhC1,500. 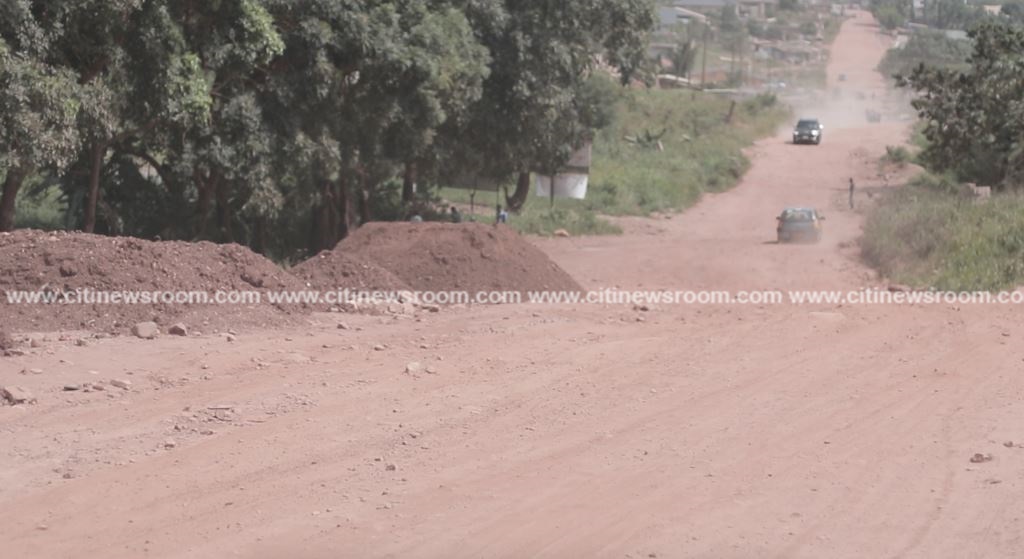 Another resident, Richard, who has been supplying residents with bags of sachet water on a tricycle shared similar sentiments.

“The road is very bad especially when it rains. It makes business slow. It’s muddy when it rains and dusty when it’s sunny. The residents have built speed ramps to slow down the drivers who often speed excessively.”

Pantang is drenched in dust as a result of the abandoned construction works. Climbing up a fleet of stairs to the National Commission for Civic Education Office in the area, was like stepping in a powder of dust dumped over nearly every surface. 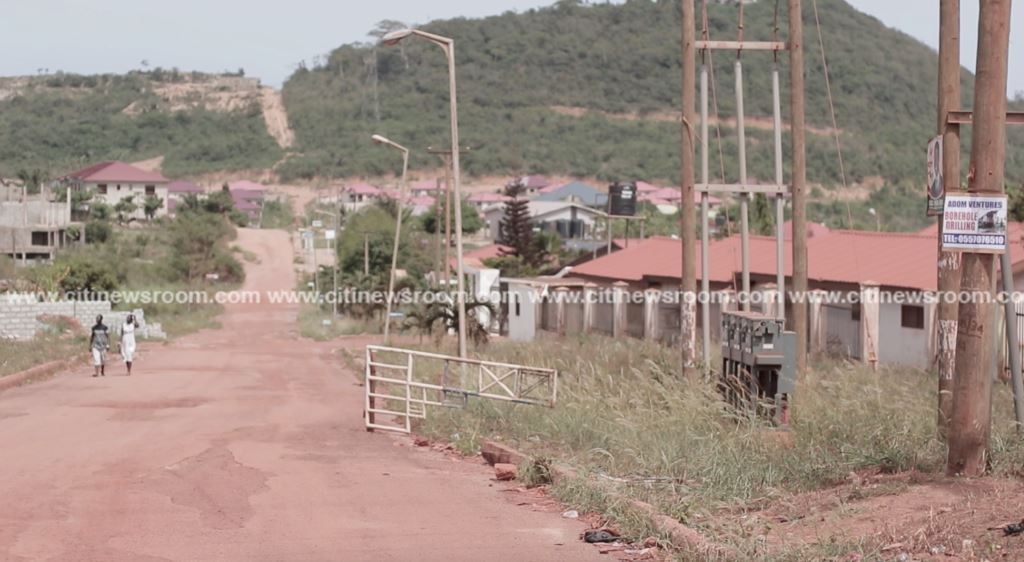 But the Pantang road is to be prized among the roads in the Ga East Municipal District. Driving further to Abokobi junction through Akporman, Boi and other adjoining communities and finally to Comet Hillside, revealed some of the most deplorable roads in the District. In some cases, erosion had eaten large portions of the roads away. The hilly-undulating slopes makes the journey a dangerous one.

The stretch however could be a shorter route for motorists to connect from Patang to Kwabenya or even Aburi, using the Brekusu-Ketase road which has also been in an impassable state for a very long time. 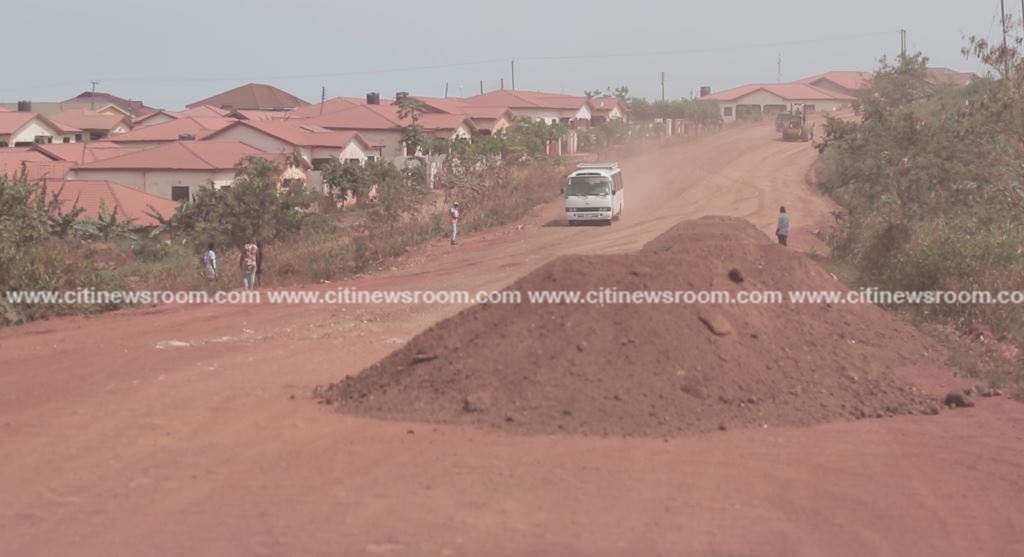 At Comet Hillside, some construction work was ongoing. Earth moving machines were seen leveling the sloppy road. But the works end downwards towards Abuom junction, which also has notorious gullies and potholes that shook tipper trucks and other heavy vehicles aggressively.

Akromah, a taxi driver of 5 years at the Abebu-Kwabenya taxi rank, complained about the state of the road.

“It’s very very poor. When it rains it is a disaster for us to ply these roads because you go one day the next day you go to the workshop. How can we survive here?  We are being exempted from Ghana’s development in terms of road construction. It is affecting me financially, psychically, psychologically, in all fields” he added.

Akromah had just done a trip, and dust had settled on the remaining hair he has on his bald head, and he is not a happy man.

“We spend about 8 to 10 hours on the road, and the kind of dust we inhale everyday…I don’t even know my health status. I need to go for checkup, but where is the money?  It is the same money that I use to fix my taxi. Putting money on the table now is very difficult because the little you make, you spend it on the car”. 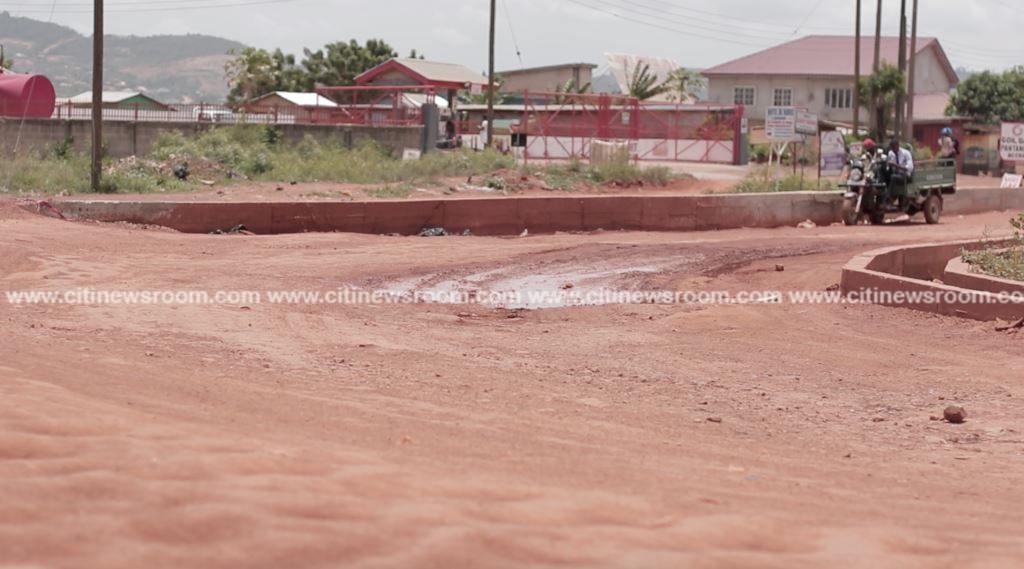 Though the roads at Aboum remain a great nuisance for residents and road users, their counterparts at Mango Lane which links Ritz Junction all the way to Pokuase and also the main Atomic Junction – Atomic Roundabout road, was undergoing some major rehabilitation.

A portion that which had almost become a pond had been filled with compacted gravel over a culvert. But a few meters away towards Ritz Junction, and the nature of the road is back to deplorable.

At Ablabdjei, a resident who lectures at the University of Ghana said “people are really unhappy with the terrible nature of the road, and it has been so for at least 2 years or more now. I have been in the area for a year and it is getting worse.”

The Municipal Road Engineer, Aboagye Foster, has however given assurances that roads like Pantang has not been abandoned.

“No, it hasn’t been abandoned. The contractor was on the road since January. But there are some challenges for which reason he’s held back, but very soon he will return to site.”

Asked what the challenges are, Mr. Aboagye said “most often the contractors will tell you their payment and those things…but when I called him, he said some of his equipment have broken down but they are repairing them”.

“We have terrible roads, but plans are in place to make sure most of the roads are rehabilitated. For now, we have submitted about four or five roads for them to consider for construction. We have Abokobi-Ashongman-Agbogba road, Ashongman Pure Water Road, we have the Kwabenya road being part of the projects we have packaged and submitted to the Road Ministry for approval, and Teiman as well. By the end of this year, we expect tremendous work will be done” he assured.