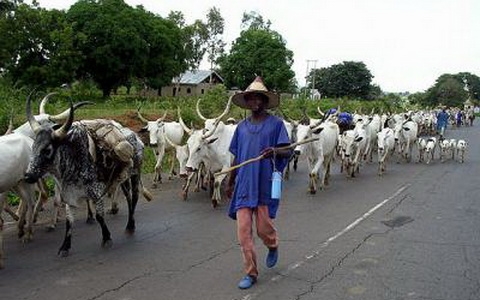 The document, according to the two groups, will be presented to Parliament for consideration.

[contextly_sidebar id=”w4eUJSRUfReA3DTpxI6t6d1WFPMPw9sp”]Speaking to Citi News, a member of the draft committee, Alhaji Ahmed Bogobiri, said the document will also map out routes for herdsmen and their cattle to prevent the destruction of farms.

“We are coming up with a 12 point study which will help us to come up with suggestions to parliament to see if they can come up with a law which will guide the herdsmen as to how they can take care of their animals so that they won’t go out to destroy our farms,” he said.

President Nana Akufo-Addo has previously said his administration is devising measures to address the long-standing-conflict between nomadic herdsmen and local residents permanently.

Speaking at a meeting with leaders of nomadic Fulani herdsmen communities in March, the President expressed concerns about the persistent clashes describing it as worrying.

The Fulani Community in Ghana has also lamented that it is being maltreated by the Ghanaian government and the larger populace following these disagreements.

Every year, there are reports of clashes between nomadic herdsmen and local farmers that have led to injuries, death and destruction of property.

Earlier in April 2018, angry residents of Sabali in the Zabzugu District of the Northern Region set several structures belonging to nomadic herdsmen in the area on fire.

This was in response to a herdsman’s alleged attack on a 40-year-old peasant farmer.

Social media use is increasing despite privacy fears – Report

Social media use is increasing despite privacy fears - Report