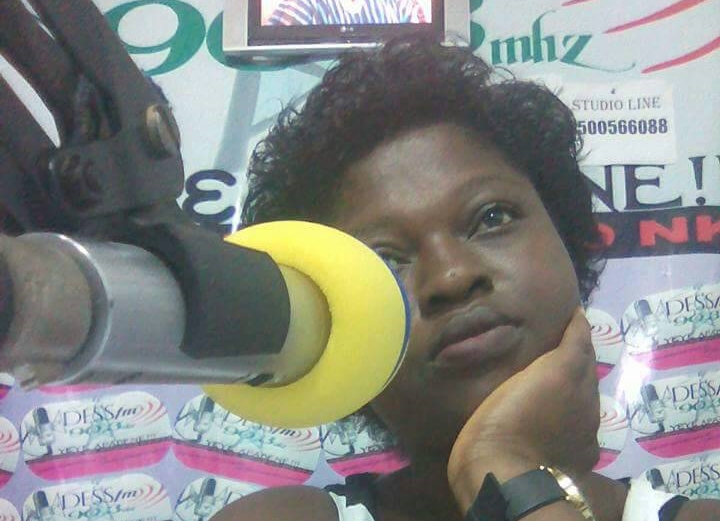 Adjeiwaa Kodie was a newscaster at Dess Radio in Bekwai

The Ashanti Regional Police Command says it has picked up intelligence that will hopefully lead to the arrest of those who killed a newscaster of Dess FM in Bekwai.

The 30-year-old woman, Ama Adjeiwaa Kodie, is believed to have been stabbed to death in her room at Bekwai last Sunday.

According to the Public Relations Officer of the Ashanti Regional Police Command, ASP Juliana Obeng, the police are working on some intelligence to apprehend some suspects.

“We will move on the lead hoping that latest by [close of today [Tuesday], the command should be able to tell us exactly who the perpetrators of the crime is or are,” ASP Obeng told Citi News.

Meanwhile, the Ashanti Regional Chapter of the Ghana Journalists Association (GJA), in a statement, called on the police to treat this suspected murder as a priority case.

“As the police have commenced an investigation into the case, it is the firm belief of GJA that they would not relegate the matter to the background but would do all possible to ensure the suspect(s) is/are brought to book for justice to prevail in the case.”

The GJA also appealed “to the public not to hesitate to feed the police with any tangible information that would lead to the arrest of the assailant.”

The Association also noted that this killing mirrored “the gruesome murder in February 2007 of the late Samuel Ennin, who was the editor of Ash Fm, in Kumasi, and also the Ashanti Regional Chairman of the GJA.

Aside from being a newscaster, Ama Adjeiwaa Kodie also doubled as a front desk executive at Dess FM. She joined the station in November 2017.

She was a native of Asante Mampong, in the Ashanti Region.

Mamprusi Chiefs in Gonjaland back creation of North East Region

Mamprusi Chiefs in Gonjaland back creation of North East Region