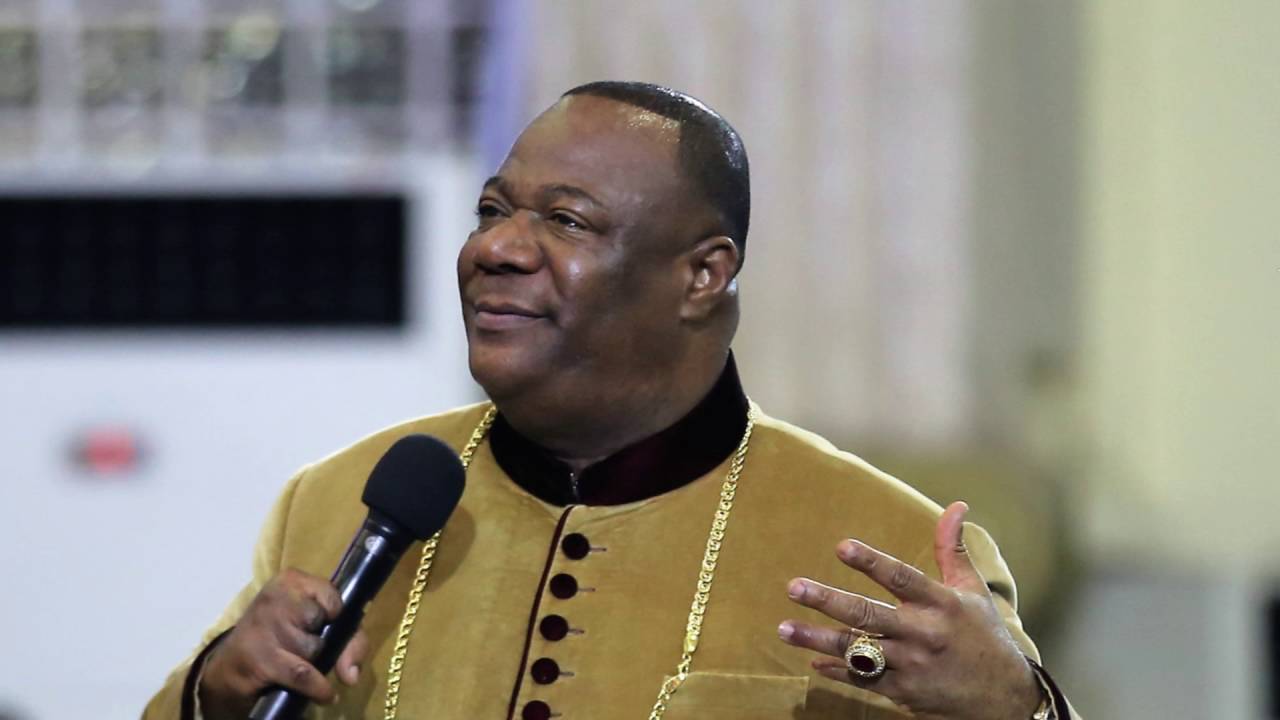 The founder and leader of Action Chapel International, Archbishop Nicholas Duncan-Williams, has said that President Akufo-Addo must not allow his government to be used by some bitter persons to retaliate and victimize genuine business people who created wealth under the John Mahama administration.

He said while he is not against the anti-corruption agenda of governments, the vicious cycle of political vendetta carried out against business people perceived to be affiliated to a previous government deprives the nation of wealth creation.

Delivering a sermon at his church on Sunday, April 23, 2018, Archbishop Duncan-Williams urged the congregation to pray that the Akuf0-Addo government will break the cycle to enable Ghanaians in genuine businesses prosper.

“…I’m not saying we shouldn’t check corruption, but if we come to office and to power – I’ve been preaching for 40 years in this country and I’ve seen governments come and go, from CPP, my father’s government, and NDC and NPP, they are here, I’ve seen them over the 40 years – and this thing where we come into office with vindictiveness and bitterness because of the way we’ve been mishandled and mistreated, and we target people to go after them, settle scores, I pray that during the reign of Nana Addo Dankwa Akufo-Addo, because of the fight and the betrayals and the suffering and the pain he went through to become president, he will not allow his presidency to be used by people who have problems with others and their opponents to settle scores, but that during his watch and his reign, that vicious cycle would be broken in the name of Jesus; that every Ghanaian, irrespective of your political party, if you’re doing the right thing, you’ll prosper.”

The founder of Action Chapel International (ACI) told his congregation on Sunday, April 22, added that Ghana, like other African countries including Sierra Leone, Liberia and Nigeria, is not creating wealth.

“Anytime there is a new regime, the new regime comes and will destroy anyone that was connected to the old regime and benefited from the old regime, they’ll destroy all their wealth, forgetting that you’ll be in office for only four years or maximum eight years. And then another regime comes and will destroy anyone that benefited from the old regime, so, every four to eight years, we kill and destroy those who have created wealth. Now, I’m not saying that we shouldn’t deal with corruption, and we shouldn’t deal with wrong people, and we shouldn’t pursue people who are wrong, but I’m saying that we should check our motives, because if we begin with the motive that somebody is guilty from the beginning and we have to bring them down because they were connected to the regime before us, we will always find something. And even if we don’t find something, we’ll find a way to still bring them down…It’s very very important we check our motives as a people because, for whatever reason, we are not creating wealth, we are destroying wealth as a nation.”

The religious leader’s comment buttresses the point recently raised by Ghanaian businessman Ibrahim Mahama, who said politics in the country was tearing down his businesses in the country.

According to him, many local businesses were unable to thrive or compete favourably with their counterparts from other countries due to what he termed as the selfish interest of politicians.

Speaking to graduates at the 2018 GRASAG Entrepreneurship Seminar, Mr. Mahama bemoaned the situation where politicians make conscious efforts to “tear down” businessmen and businesses rather than support them with the required resources to thrust forward in business and create employment avenues.

Recent charges brought against former COCOBOD CEO, Dr. Stephen Opuni and businessman Seidu Agongo have been met with accusations from members of the NDC that officials and successful business owners under the previous administration are being witch-hunted.

Following the recent takeover by the Bank of Ghana (BoG) of uniBank, which was headed by the son of Dr. Kwabena Duffuor, who served as Finance Minister from 2009 to 2013, the concerns that the institutions of persons affiliated to the NDC are being targetted have been fuelled.