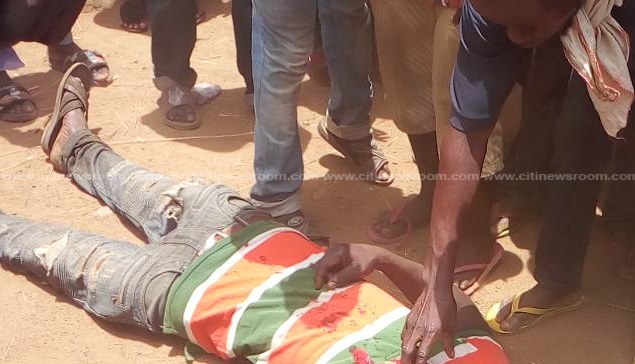 Four suspected robbers have shot and killed two young men at the Pelungu market in the Nabdam District of the Upper East Region.

Narrating the incident to Citi News, Assembly  Member for the Damolg-Tindongo Electoral Area, Emmanuel Seluk, confirmed the incident and said the bodies of the deceased have been conveyed to the Bolgatanga Regional Hpsital mortuary.

“Around 11:00 am to 12:00 pm today [Friday], four suspected armed robbers attacked and robbed the First Allied Bank [Agency] at the Pelungu market. They beat up the workers and made away with monies which I don’t know the exact amount. From there, they moved to an electrical appliance shop which is for one Ibrahim, beat up his wife and picked some computers and money.”

“The further moved down where my shop is and shot one young man, then later moved to another MTN vendor and shot down another young man who was buying airtime,” he added.

When news of the robbery went viral in the area, the Nangodi police arrived at the scene after the robbers had fled using the Sakoti-Pelungu road.

The bodies of the two deceased have been sent to the Bolgatanga Regional  Hospital mortuary for preservation.

One of the deceased is said to hail from Zanlerigu, whiles the other is from Tindongo.

Meanwhile, police are yet to comment on the incident.