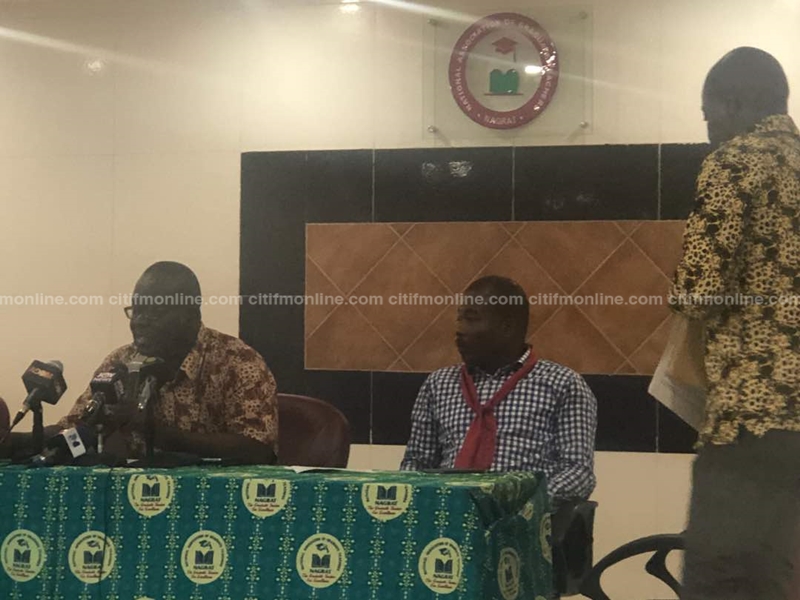 The National Association of Graduate Teachers (NAGRAT), has declared a strike over the non-payment of the over GHc50 million arrears owed its members.

Speaking at a press conference today [Wednesday], President of the Association, Angel Carbonu, said the Association would no longer tolerate assurances from government.

“We have no other alternative but to advise ourselves. The leadership of NAGRAT resolves that all NAGRAT members at the pre-tertiary level should lay down their tools and abstain from work. When the Senior High Schools reopen on April 16, 2018, nobody should expect our members to be present.”

Mr. Carbonu said NAGRAT has been left frustrated and disgusted by the government’s posture in the matter of the arrears which date back to 2013.

Albert Adomah named in English Championship Team of the Season