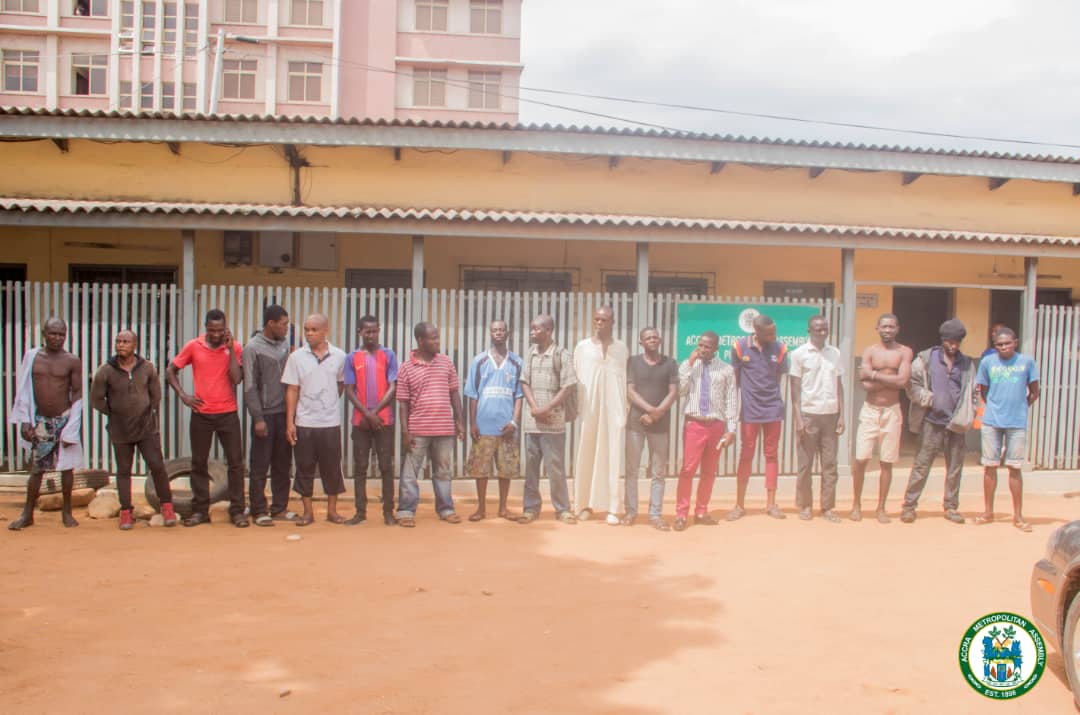 The Adjaben Magistrate Court has convicted and sentenced some 11 persons to 30 days each in prison for contravening Act 851 section 56 a and b of the Public Health Act 2012.

[contextly_sidebar id=”VBLd9b1pnszwQpIGIULHjHx8VdlcTlLc”]The court presided over by His Lordship, Isaac Addo, also fined Ibrahim Alhassan, an amount of GH 240, and granted Nicholas Mensah, Adongo Cletus and Lawal Olarenweju a bail of GH 2000 with a surety to reappear on 13 June.

The Head of the Accra Metropolitan Assembly (AMA) Sanitation and Monitoring Taskforce, Charles Bosomprah who spoke to the media after said they arrested the convicted persons around Old Fadama, Tudu and GCB Liberty area. 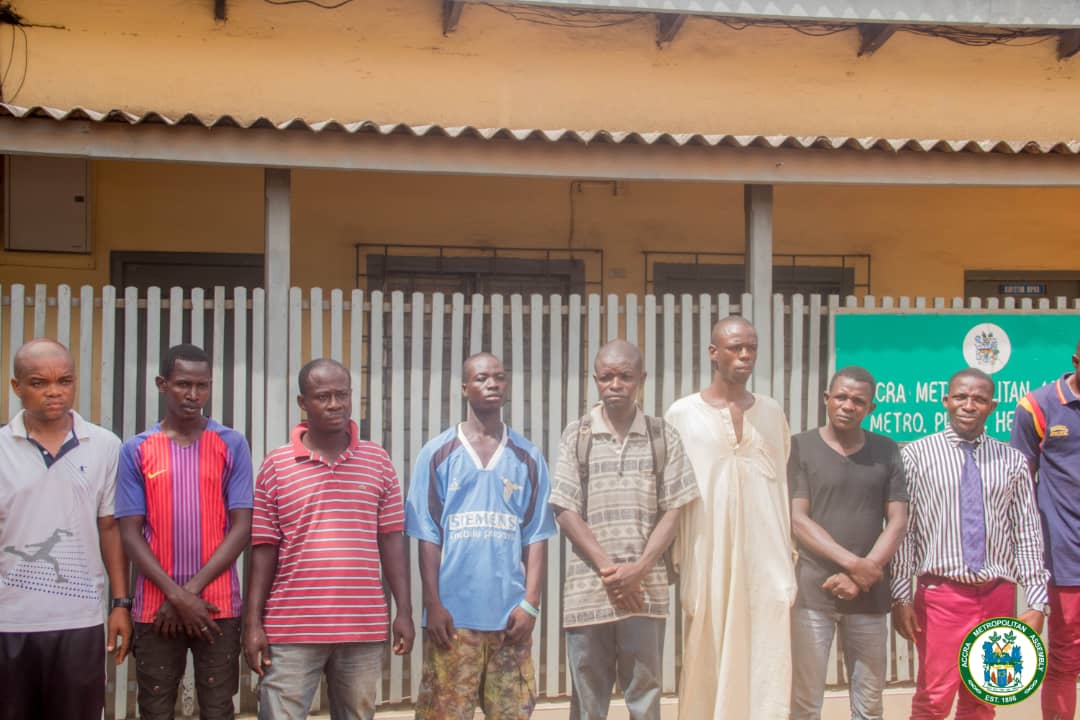 Head of Operations at the Assembly’s Public Health Department,  Randolph Benjamin Morkeh, noted that the Assembly together with the Environmental Taskforce cautioned the public to desist from dumping indiscriminately and engaging in open defecation and urination since the Assembly is bent on enforcing its bylaws.

He assured that the AMA is doing all it can to eliminate open defecation and indiscriminate dumping of refuse in the city of Accra adding any person caught in the act will be dealt with in accordance with the law.

He disclosed that the operation would continue and cautioned households who do not have toilet facilities to register with the assembly for a toilet facility.

“We will advise that households or residents should have  toilet facilities for themselves and also register with the accredited solid waste company for your waste to be collected and disposed of sanitarily if you give your waste to these junkies we will arrest the junky and come after you too.”

He also warned residents and public toilet operators who discharge effluent into public drains to desist from the practice as the AMA will come after them.