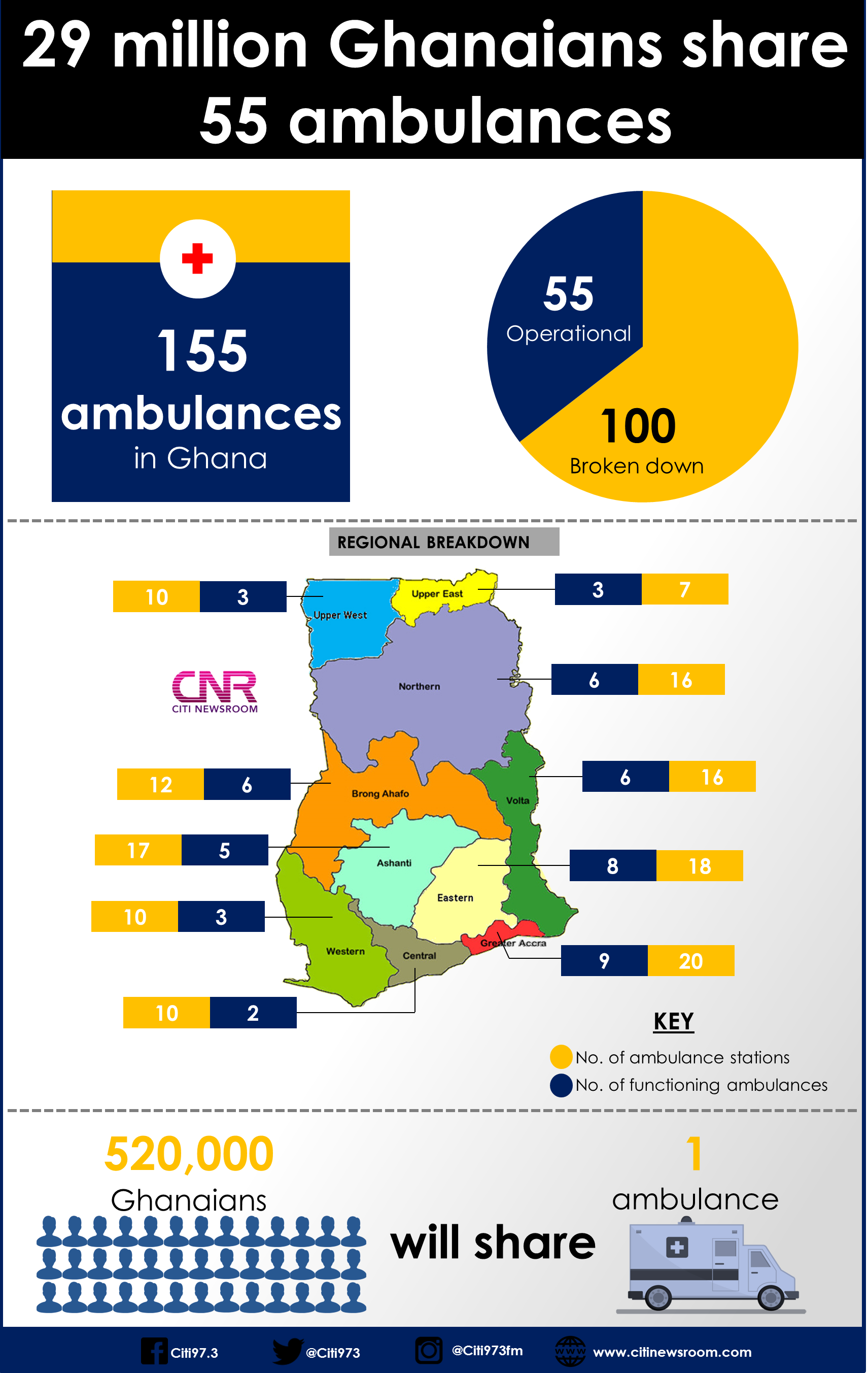 Ghana is faced with a major health crisis that jeopardizes the lives of millions of its citizens.

The country of 29 million people only has 55 functioning ambulances serving all ten regions.

[contextly_sidebar id=”uIyK8yNgT7z470Z0SIyKgagaz1EEkrI1″]While the situation is not new, it has reached a level that requires urgent action, and not just the attention of health authorities.

Ghana currently has 155 ambulances, 100 of which have broken down due to various faults, many of them engine-related.

The remaining 55, are stationed in various parts of the country to offer emergency health responses and basic life support.

The National Headquarters of the Ambulance Service in Accra has only four ambulances.

Per the regional distribution, the Greater Accra region has the largest allocation of the scare resource, with nine, while the Central Region has the least number of ambulances, with just two 2, although there are 10 service centers in the region.

The infographic below gives more details of the distribution of ambulances in the country. 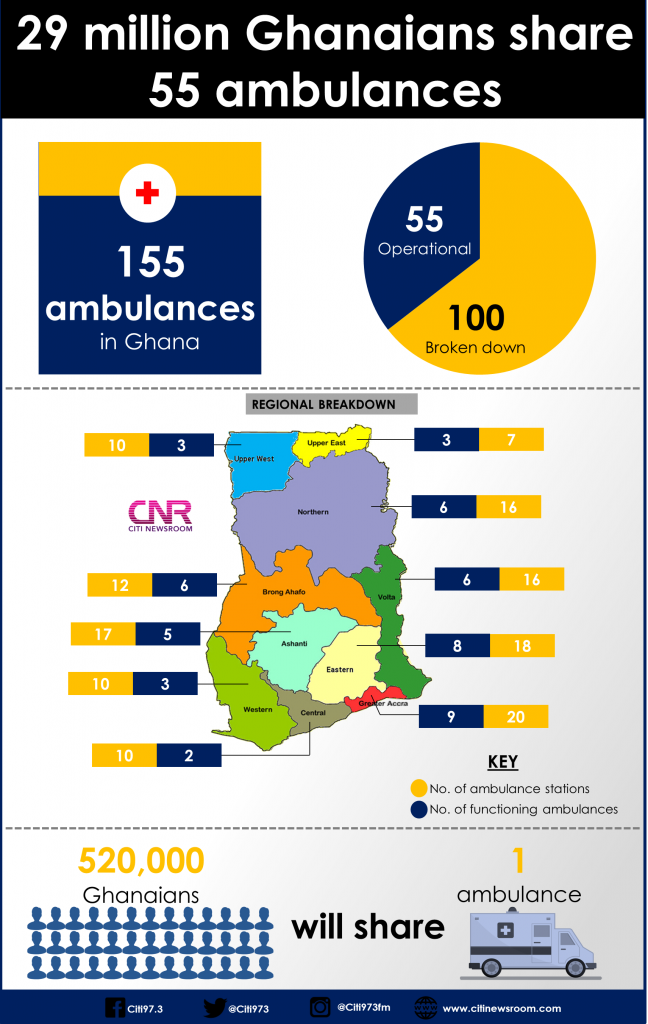 It is worsened by the growing burden of acute diseases in the country and rising cases of motor accidents.

Many Ghanaians involved in motor and other forms of accidents often die because they do not have access to ambulances that offer first aid and basic life support services before they arrive at hospitals for proper treatment.

With many resorting to transporting patients requiring emergency health services with taxis, private cars, trotros, and motorbikes, Ghana’s mortality rate may continue to see an increase if the situation of lack of ambulances is not addressed.

Meanwhile, Ghanaians are still hopeful of an improvement in the situation after Vice President, Dr. Mahamudu Bawumia promised that government would procure a number of ambulances.

In an address at the 2018 Annual Health Summit in Accra, he announced that the government has initiated processes to provide 275 ambulances to boost the operations of the National Ambulance Service.

According to him, each constituency will be given one of the ambulances.

The Minister of Health, Kwaku Agyemang Manu, had earlier in January, announced that the procurement of the 275 ambulances had been factored into the one constituency, one million dollars agenda promised by the government.

Are my crutches a bomb? – ‘Disabled’ woman laments discrimination by Africa World

Are my crutches a bomb? - 'Disabled' woman laments discrimination by Africa World