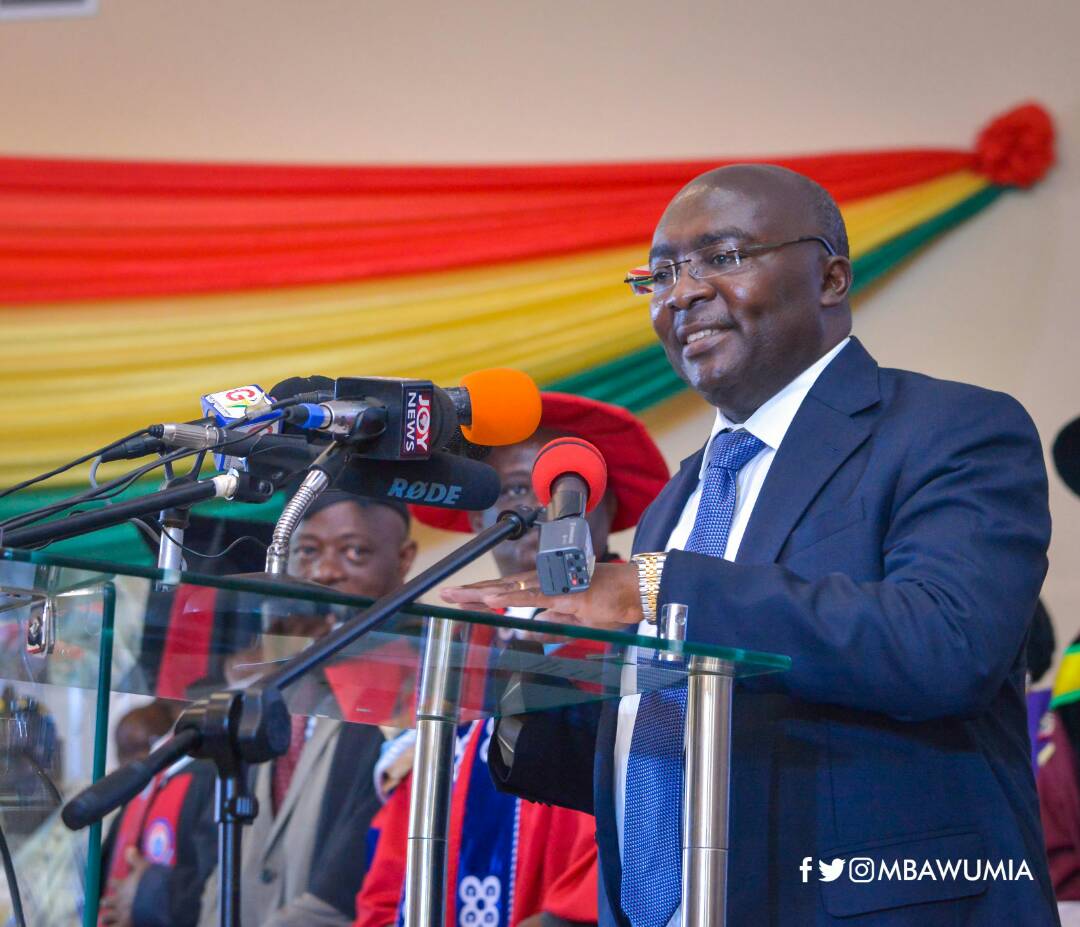 The Vice President, Alhaji Dr Mahamadu Bawumia, has visited some selected Muslim communities in the Western Region as part of his nationwide tour.

Some Ministers of State, Deputy Ministers, Members of Parliament, Metropolitan, Municipal and District Chief Executives from the Western Region and party leadership accompanied the Vice President.

Speaking after the prayers, the vice president said the government has decided not to increase fares for this year’s pilgrimage to Mecca.

He announced that to intensify the study of Arabic in Muslim communities the government has hired 3,000 Arabic teachers.

The vice president said the Nana Addo Dankwa Akufo-Addo government has also implemented the Free Senior High School education, restored the teaching and nursing training allowances, and introduced the Planting for Food and Job’s programme and the Nation Builders Corps programme to address the increasing unemployment problem in the country.

Dr Bawumia pointed out that these were all campaign promises the President made to Ghanaians during the 2016 election.

He asked for continuous prayer and support from Muslim communities to help the government deliver.