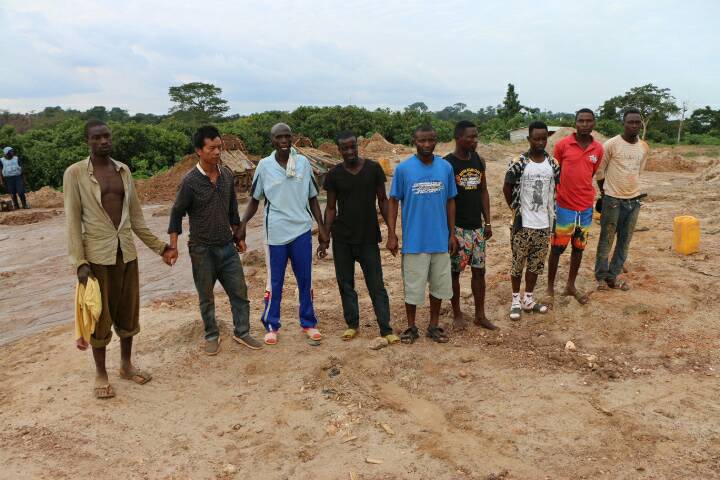 One Chinese national and five Ghanaians were on Wednesday, May 23, 2018, arrested by Operation Vanguard Joint Task Force for engaging in illegal mining, popularly known as galamsey at Manson Datano and Tontonkrom, both in the Amansie West District of the Ashanti Region.

[contextly_sidebar id=”8vuUAomMBdHtNXBVQFoLx1ZFKHKBba7m”]The special patrol, which was led by the Operation Vanguard Joint Task Force Commander, Col. Michael Amoah Ayisi was to intensify the operations to halt the illegal mining menace in the country.

The Task Force immobilized one excavator and destroyed 17 “Changfangs” at the various illegal mining sites.

All the seized items and the suspects were sent to Datano Police station for further investigation.

FOB West also conducted operations in Bonbondeni around Asankragua in the Amenfi West District in the Western Region.

The team immobilised some excavators and seized mining equipment.

The task force warned illegal miners to desist from carrying out their activities to enable the government to streamline the mining sector.

“We call on the general public to keep the information on the whereabouts of illegal miners coming to us and we can assure the public that we will definitely go after them.”