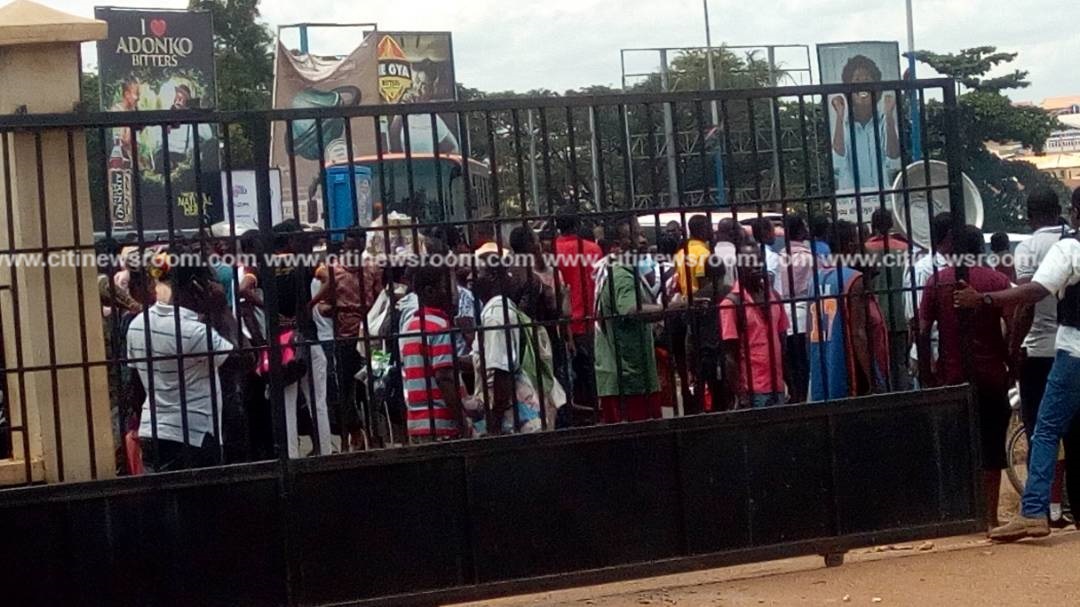 Some young men numbering about 50 on Thursday morning besieged the Suame Divisional Police Command to demand answers from police on why they shot and killed their colleague.

According to the angry youth from Aboabo they want the police to explain why Alidu Awal was shot and killed by some personnel from the Operation Calm Life team.

[contextly_sidebar id=”0zwS2CWH7RpXYYVGOWqU3WRYZnrmG0fr”]There is currently heavy police and military deployment at the Suame Police station to avert any attack by the youth.

The youth said the police must show them evidence that their colleague was not shot unjustly.

Meanwhile, the police are yet to comment on the matter officially.

A similar allegation was levelled against the police by the family of 28-year-old Emmanuel Amofa who was shot dead at Agbogba.

According to the family of the deceased, the police wanted to cover up its unjust action by suggesting Emmanuel was a robber.

They said the deceased was assaulted several times and shot dead when he jumped a wall in an attempt to escape the brutality after the police tried to set them up.

In March 2018, a 25-year-old was reportedly shot dead by police officers who is a personal bodyguard to a traditional priest at Kenyasi-Bonsore in the Kwabre East District of the Ashanti Region.

In December 2017, a Detective Corporal Adjei Shaibu last was interdicted after he gunned down a 17-year old Lawrence Baidoo after supposedly mistaking the deceased and his friends for armed robbers when they were in fact on their way to a concert.

BoG has no visibility on Mobile Money activities– George Andah

BoG has no visibility on Mobile Money activities-- George Andah