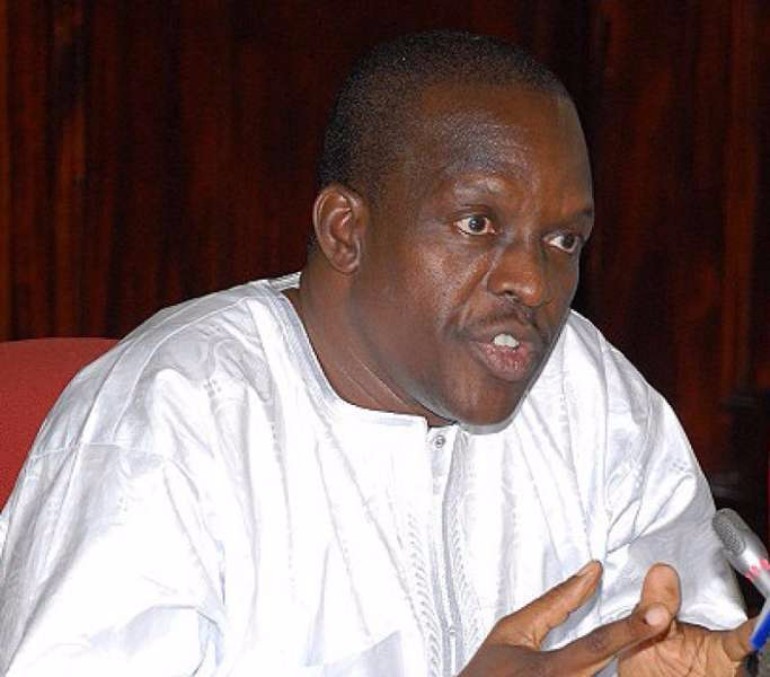 President Akufo-Addo on Tuesday reported the president of the Ghana Football Association to the Police for fraud.

[contextly_sidebar id=”AAxb9ZWX66OWRRGDAQCIxLVZnSZnlLUF”]Deputy Chief of Staff, Abu Jinapor confirmed that the GFA Boss was the subject of an investigation by the CID after the President had seen parts of the investigative piece.

Mr. Jinapor told reporters that Kwesi Nyantakyi was captured trying to secure investments in the name of the President, Vice President, and other key government officials.

The CID is investigating Mr. Nyantakyi for defrauding by false pretence.

Mr. Babgin, however, said showing the investigative piece to the President was wrong as it preempted the public viewing.

“We were told that it would be aired on the 6th of June and all of a sudden, some people have gotten the opportunity of viewing it before the 6th of June and no other person than the number one gentleman in this country, the President himself has given an indication that he has had sight of that documentary.

“There are question marks to this; the question mark is why him? Why have some people been given the opportunity to see the documentary before the general public? There is an issue there. Who are those behind it? Corruption is moved against the giver and the receiver, and so if there are allegations made against somebody, it is important for it to come up for all of us to see how this is handled. Should they be investigated or one group of people should be investigated? Who are those involved? Is it the President? Is it just the Vice? There are so many questions without answers.”

Mr. Bagbin, who was speaking on Accra based TV3 also stated that the President’s order for Kwesi Nyantakyi’s arrest was ill-timed.

“We should have allowed the documentary to be aired on 6th for all of us to see and then the decisions will be taken. Maybe some aspects will have to refer to some institutions to unearth some evidence which may lead to some criminal suspicion before we could talk about orders.

“An order coming from the President has too much weight to it and raises a lot of political issues. If others are given the opportunity to view the documentary, and they see some aspects that are unpleasant, will they prevail on Tiger eye to cut away some portions?”

He was granted bail but was then escorted by Police who searched his home.

Reports say Mr Nyantakyi who has been the president of the Ghana Football Association for 13 years was captured negotiating a deal using the name of President Nana Akufo-Addo.

Abu Jinapor said the GFA President was seen trying to secure investments in the name of the President, Vice President, and other key government officials.